ESA cracks down on DS flash cards in Singapore

The Entertainment Software Association (ESA) in conjunction with the Singapore Police carried out a number of raids across local stores selling DS flash cards. Around 200 devices were confiscated by police in the raids which are reportedly illegal under the Singapore Copyright Act. The ESA has also warned that more raids will take place if resellers to do not heed to the warnings.

" In an effort to enforce its posture against piracy, the video game watchdog, Entertainment Software Association (ESA) in conjunction with the Singapore Police, carried out raids on local stores selling illegal video games. The shops were selling gadgets that allowed users to download and play pirated games on their Nintendo DS handheld consoles. As the holiday season approaches, and greater demand for the games ensues, the ESA warns that more raids will take place and this will even include housing estates, if the sellers of pirated games do not take heed to the warnings and stop their illegal activities.

The ESA is the U.S. association that serves the business and public affairs needs of companies that publish video and computer games for video game consoles, personal computers, and the Internet. The ESA offers services to interactive entertainment software publishers including a global anti-piracy program, business and consumer research, government relations and intellectual property protection efforts. This anti-piracy body membership includes some of the world's largest video-game publishers such as Electronic Arts, Vivendi Games and Square Enix, which produce popular games like World of Warcraft and Final Fantasy.

Over 200 devices, imported from Hong Kong and worth about $8,500 (US $5,800) were confiscated by police in the raids. The gadgets themselves bypassed the game console copyright protection mechanisms by fooling the system into thinking it was an original game cartridge. They could either store the pirated games or read the bootleg games stored in removable micro-SD (Secure Digital) cards."

Same as BigN is tryin' to do with Wii-Modchips in Germany...seems like everybody begins to get pissed about this stuff...
J

^ Yup. This was in the Singapore news a month or so back.

EDIT: Not to mention GBATemp

Didnt find tat while searching. Wat was the topic title?
If its already posted I apologize for the redundant news

nintendo was never good at cracking down on video game counterfeiters... this news is pretty much meaningless. they used to just wait for sega to bust someone then have the case land in their lap. lazyness.

hmm, anything about what carts that got "taken"?
T

Yeah, they're going to end up as New Years gifts for relatives of the Singapore police. 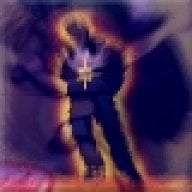 It was blogged and reported by some others sites the last 2 days. I posted it also yesterday in TC forums under New raids ... In France... but it is in fact an earlier raid like the one in HK in october. It looks like the date was corrected later...

@ DinohScene: few things to take care off first +1 A moment ago
Chat 3