English jailbreak for iOS 9.2 and 9.3 devices out

Jailbreaking team Pangu has released a jailbreak for iOS 9.2 and 9.3. The chinese version was released earlier this week and the English version is out now.

The jailbreak is only for 64-bit devices (So from iPhone 5s upward).

The tool makes use of the 'sideloading' feature, meaning that the jailbreak has to be reapplied each week. If you own a developer ID (100$) the jailbreak only has to be applied once a year.

Unlike the chinese tool, which is made by Pangu and installs an illegal store along with the jailbreak, this tool uses "CydiaImpactor" made by saurik.

Additional warning: There have been reports that users are being hacked when using the Chinese tool. The English tool is currently safe. See this reddit thread for details. 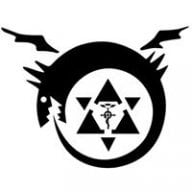 Ev1l0rd said:
Additional warning: There have been reports that users are being hacked when using the Chinese tool.
Click to expand...

Ev1l0rd said:
The jailbreak is only for 64-bit devices (So from iPhone 5s upward).
Click to expand...

Really? I was told this was an iPhone 4 and when I checked it was running on 9.3.
I honestly know next to nothing about iPhones, though, so it's not like I can actually tell which iPhone I was given.
I'll try and check though.
EDIT: Yep, it's an iPhone 4.
Last edited by , Jul 30, 2016

D
iOS jailbreak Unc0ver has been updated for the latest iOS 12.4

@ M4x1mumReZ: I dont think a candle is ever going to work on there. 22 minutes ago
Chat 1