EA Says Core Gaming Is Coming To The Wii

“Wii is the market leader–they’re getting half of our emphasis in terms of title count.”

“You live, you learn you adjust and improve. This year’s title slate (of Wii games) is a significant improvement from last year.”

EA is also porting Dead Space to the Wii. You can read about it in Gaming News in the front page! 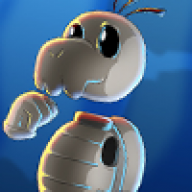 After all, much of the interest of Dead Space was its graphics/atmosphere... Sure, gameplay is the most important thing, but then... Dead Space gameplay wasn't THAT good (like Resident Evil 4, but less good). With this and the poor-looking Dead Rising Wii... it look like developpers don't take the time to think about how to make a good Wii game; they just give us a downgraded port of one of their successful "hardcore" games.

I am incredibly excited -- giddy -- about this news. And I think the game could work great on Wii. It shares many similar gameplay sensibilities as RE4, and the Wii controls should work well in this case.

More importantly, however, it's a turning point. Sure, we've seen other "core" games come to Wii, and Square's announcement of DQX was huge. But this probably marks the first big step from a western developer in terms of hardcore games on Wii. We're not talking about Red Steel or Tenchu here. This is a hugely vested, new IP that EA has bet some bones on, and it's a statement about where they're headed in the future for this generation. I think others will inevitably fall in line.

Hm, I never played it on PC in the end, as I'm no fan of the horror genre. But perhaps IR controls and other Wii features could turn me - I can always hope anyway.