Many games can be saved and your last saved is punted to the top of the list and in the very first menu. Controls work really well and the animation of the cards matches.

AI even on easy mode was not broken and both played the odds well enough and could be bluffed. You can mix and match AI as well (hard and easy opponents)

Only three bad things I want to say is the Casino game rules default to no limit meaning I would quite often end up with pots in the hundreds after the second or so round of betting and you only start with a grand. That is solved by taking ten seconds to set it up properly though.
Second some of the solitaire games do not have as many options although that is compared to some of the windows versions and in freecell you had to manually move stacks even if you had enough free cells and open spots (two by two or three by three rather than a stack of 10 or something). Other modes (competitive and casino) had more options/houserules than I was aware existed for some games (hearts in fact beats the windows one).
Third- the audio has some pleasant plinky plinky tracks but there are only about 7 with each clocking a few minutes and they might begin to grate after a while. However this is why we ROM hack.

Graphics are nice although some of it suffers from being DS 3d a bit (although you can disable animation as well making for very fast play). On the subject of graphics they appear to have attempted some sub pixel rendering or anti aliasing which you might want to fiddle with (in the options).
Many card decks
Some nice basic play tips/instructions for every game.
Stats are kept and are fairly detailed.

I have not tried multiplayer yet but local and wifi apparently exists.

Some of the internal files use compression (basic type 11 LZ by the looks of things) but it might also make an excellent game to hack.

In short 8 megs has given you the best card games maybe outside some homebrew (going back to the likes of Puzzle Maniak and Herg's solitaire on the GBA) and what UCG might be (it is as yet undumped but the GBA version was a similar top flight collection). For it to happen in a collection though is near unprecedented (they so rarely have good options) which is exactly how it should be done and is the complete opposite of http://gbatemp.net/topic/321266-ds-5791-greatest-casual-collection-europe/ which was an embarrassment for all concerned. Other than that, this and homebrew I have not played any card games since the earlier releases (no "18 card games" around 5500 for instance) or anything on the PSP but there was nothing much early on of note (the poker games were pretty awful as a whole).

I can not seem to find out who developed it (Deep Silver did publishing) from a truly quick search but it is £15 on Amazon right now.
Reactions: 2 people 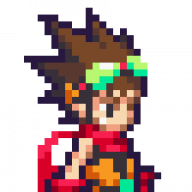 Thanks for the info. I'll give it a try.