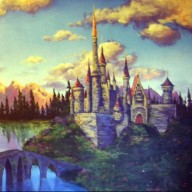 Remember how for a while, the Wii U Netflix had a different interface, and didn't have accounts? Critically for me, that version also didn't autoplay the next episode when the current one was finished—it let each episode end cleanly and without distractions.

Is it possible to downgrade to that old version of Netflix? My Wii U is running the latest firmware, but I have Haxchi installed.

If you can get it (whether from NUS - not with the common utilities - or elsewhere), sure: remove the one you currently have and install like any other app

Whether older versions are blocked server side, is a related but completely separate issue...

Thanks. Could you point me in the right direction regarding how I might grab a copy from NUS? Netflix isn't listed in NUSGrabberGUI...

Wowfunhappy said:
Thanks. Could you point me in the right direction regarding how I might grab a copy from NUS? Netflix isn't listed in NUSGrabberGUI...
Click to expand...

That's not going to be a legit title, so [to get the latest version] you would need some tool like uTikDownloadHelper or FunkiiU in the first place (but read the whole post first)

I actually haven't looked at the NUS structure in a long time and am not really sure if older app versions are available for WiiU, however if this was the case, you would need a downloader that allows you to specify the title version number to get (and of course knowing the appropriate title version).

The problem is that most downloaders I know of are either the ones optimized for "backups" without manual version selection, or ones for legit titles (system and WiiU game updates) that lack ticket processing (however it should be possible to manually add the Netflix ticket to their output?)

Thanks, you've been super helpful. Here's where I am:

• Netflix's title ID is 00050000-10105a00. Some websites list this is a JPN title and some list it as an EUR title, but since they all agree on the ID, so I'm assuming that Netflix is actually a region free title.

• Plugging in the versions (and title ID) from NUSGrabberGUI into UWizard's NUS Downloader U downloads successfully! At the end of the process, Uwizard asks for a ticket file. I dumped a ticket from my Wii U using tik2sd, and gave it to UWizard.

So now I just need to remove current Netflix from my Wii U, and reinstall one of the versions I downloaded (and repeat until I find the right one).

Edit: Okay, so apparently UWizard downloads to a format that's not compatible with WUP Installer. I solved this in a roundabout way: I had UWizard decrypt the download and then encrypted it again with NUSPacker.jar.

This allowed me to install downgraded Netflix! For future reference, the relevant version is v81. I can tell because the icon uses Netflix's old logo.

Unfortunately, the Wii U now isn't letting me launch Netflix without updating it again! Blocking Nintendo's servers in DNS stops the update from completing, but doesn't let Netflix launch.

IIRC, this is identical to what happens if you try to downgrade a retail game, without updating. If you:
...Nintendo won't let you start the vanilla game without installing the update again. I think that same functionality is kicking in here with Netflix.

Surely there's a way around this?

Edit2: I edited the version in code/app.xml and meta/meta.xml, which allowed the app to launch... and then promptly crash XD
Last edited by Wowfunhappy, Dec 10, 2017

W
Homebrew trying to clear up my confusion on uninstalling haxchi

B
Hardware Hacking I got the blinking red light of death