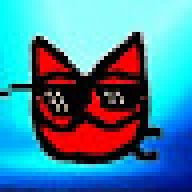 From what I've heard, yes. Of course, you can't use GC controllers (turn native control off), and you can't use it to boot GC discs.
Reactions: jeannotte and Alexander1970 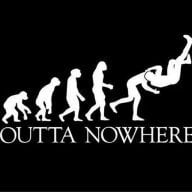 Yes it does :-) Find a Wii U pro Controller or Classic Controller to be able to control it.

vinzanity said:
Yes it does :-) Find a Wii U pro Controller or Classic Controller to be able to control it.
Click to expand...

Nunchuck works too, doesn't it?

A single GC port does exist on the Mini. But you have to solder in wires/the jack since it's left unpopulated on the PCB. There's even connections on the board for a single GC memory card. Would be amusing to see GC games running on the mini with a GameCube controller wired to it. If you wanted to avoid messing with the case, you could probably fit the Wavebird adapter somewhere in there and just directly connect it to the board without a jack. Would make for a neat mod.

There's connections left unused for a SD card reader too. But like with the WIFI connection, you probably need to add additional components like capacitors/resistors and such to complete that circuit. Hats to anyone who succeeds. There was a video of someone hacking the hardware of the Mini. I forget where I found it, but that's where I found about the unused GC port and whatnot. I don't recall if that individual got the SD card reader wired up and functional though.
Last edited by Apache Thunder, Oct 20, 2019
Reactions: Stealphie, Ryccardo, zfreeman and 6 others

A
Nintendont no longer works all of a sudden