ROM Hack Does anyone know how to get the save from the world ends with you final remix from the switch to the pc? is to use the editor 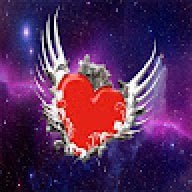 Does anyone know how to get the save from the world ends with you final remix from the switch to the pc? is to use the editor

Makes more sense to have this in Switch section, or maybe PC.

Anyway from what I understand the Switch has a container format it uses for all the saves it has. This is nice for you compared to older stuff where it was often a bit more custom.

What I would do is make a save as soon as possible after starting the game on both systems (default name, default look... everything as much the same as you can). Compare these in a hex editor and hopefully they share things in common, the PC one probably then lacking the wrapper aspects put on there by the switch so you can then try extracting the Switch one (aka delete that which the PC version does not have) and trying that on the PC. You might even find a Switch tool to unpack saves from the container but I don't know what goes for that one, do also remember things like https://switchbrew.org/wiki/Savegames exist.
If that works then you can hopefully do your more completed save in the same way.

After that we get into more traditional save hacking as you get to figure out what differences were made between platforms; being a modern console and modern PC game I would generally expect fairly minimal compared to some older stuff where fully different format was the order of the day. If it is going to be different I would expect the same sorts of things normally seen when converting between regions of a game (Japanese encoding of text for names rather than simpler ASCII or unicode) but that would probably involve discussion of checksums and general save editing (which has been done in several other threads around here if you did want, though I can cover it again if necessary).

If it is going to be difficult then do remember cheats are a thing; use cheats to rapidly speed through the game on PC to get back to about where you were on the Switch. 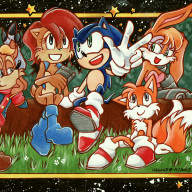 Zerosmith92 said:
Does anyone know how to get the save from the world ends with you final remix from the switch to the pc? is to use the editor
Click to expand...

use scramble save editor