Hardware Do you think 3DS sales will continue to slump?

(please no nasty comments)
As 3DS sales have been falling over time, do you think it will continue to fall? Or after June/Dec when all the software or great games are out then the 3DS will see a massive jump in sales? Please share your views below.

Note though, all views must be made neutrally. I do not want to start a fanboy dispute. If you want to start one please choose option one in the polls.

Obviously when more, better software comes out, it'll see a spike in sales. I expect it to jump in sales a bit right after Zelda comes out but it really depends on what Nintendo announces at E3 and their respective release dates. And it's pretty much guaranteed that 3DS will see a major jump in sales during the holiday season.

It depends on the support and software that comes out for the system.

Honestly I don't think the NGP even stands a chance, but that's only saying if the 3DS price goes down or the NGP ends up costing more.

It is just that now, as 3DS sales are slumping due to the lack of eShop, browser and good games, Sony fanboys are laughing and saying that 3DS is just trash as expected. I created this poll to see your views on whether it will be a continuous drop and the death knell of the 3DS just like what those fanboys have said. They keep saying that android apps in PSN store, livearea, 3G, far better camera, duo analogs, touch rear, A9 cortex processor and greater graphics will squash the 3DS flat. Well, I hate fanboy remarks, seriously this makes me mad.

I have to agree. When more software is out, definitely sales will increase. Price drops? Even more. 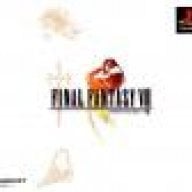 It doesnt matter what the next psp does if it doesnt get the games it will once again fall on its face in a war with the 3ds. 3ds has some great games coming out for it just gotta give them time to get them out but its weird that nintendo would push the system out with almost no games coming for it till almost a year later thats just whack! They were very sloppy handling the 3ds dates and are seeing sales drop due to their mistakes but guess it wont matter when they finally get some games rolling in.

normal people wait till the good games out

they did state
"we want to give 3rd party a chance by not releasing our big titles at launch"
Zelda, Mario, Metroid
new and old remakes titles just rake sales
they just need time to pre-pare there wallets
F

Oh, and you just have to wait for Mario Kart 3DS to come out and then it'll sell like hotcakes

No offense to fanboys but NGP definite outs at launch will be killzone, uncharted, LBP... Sony Fanboys are just overexaggerating it and saying that these are 'superior' and a far better variety than Mario or Zelda. FPS to RPG? HAH!

I personally find it okay, but seriously? Need be so overexaggerating? Yes I admit some ninty fans will also do the same for their Mario or Zelda but all of this is seriously bad... I hope all of this among both sides will stop. 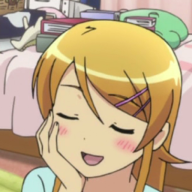 YES! THE 3DS IS JUST A GIMMICK AND NGP IS EVERYTHING!

Nope, seriously, I don't even know how this one will turn out.
Maybe the 3DS sales are going to drop further, maybe they won't.
Maybe the people will go apeshit about the PSP2 and buy 'em in gigantous quantities, maybe they won't.
And Maybe the people won't buy neither the NGP nor the 3DS, because they're all the way like 'Herpderp, remember dem gameboy? Das lasted like 327237642 years. No way I'm going to blow my money into nintendo's or sony's arse, just 5 years after I bought their newest handheld. Hurr di durr bringdiding.'


But actually I think, that the 3DS' sales are low for about the next half year, simply because people just bought/got a new DS for christmas, but then the sales will kinda skyrocket. People will see all the A++++++-titles like Mario Kart or Zelda and will eventually buy it.
Another plus for nintendo's sales is the fiasco of the PSN. Even though some people are already forgiving sony for the data leak*, I think most people are pissed off, and will be pissed off in the future, no matter how 'hardcore' their new handheld may be.
As for me, I couldn't care less about the NGP, and I think so will think others too.

HERPDERP FRICKIN INFAMOUS AND DEAD NATION FOR FREE?! OMG THIS IS SO AWESOME YES YES YES SONY IS BEST, HELL YEAH! THIS 'WELCOME BACK'-BUNDLE ROXXORS ALL THE OTHER CONSOLEFAGS. I MEAN WHEN DID YOU GET SOMETHING FREE AT NINTENDON'T OR MICROSHIT? HAHAHAHAHAH, SONY IS DEM AWESOME.
hnghhhhh....

Firstly will 3DS sales improve? Yes they will. Once there is better software than the glorified tech demos, we call launch titles than there's going to be an improvement so once Ninty get the First party stuff out, because Mario et all really are the killer apps. Saying that I do think there's going to be a noticeable number of port/remakes because everyone likes making a cheap buck. BUt I honestly don't think the 3DS will match the DS in terms of sales, firstly the price tag means it's no longer just an affordable toy. If your just interested in 'pick-up-and-play' games than you might be unwilling to spend £200 on a your toy. Which leads me to my second point, IOS really has sucked that market up. You can get a phone/MP3 player/ games all in one. And the games are cheap and fit the 'pick-up-and-play' ethos like Angry Birds or Peggle. And 3D is a fucking gimmick,

Personally I get the impression Sony will just improve on their "home console on the go experience." I know people like to proclaim the PSP as a huge flop but it did sell 70 million units. That's a lot. It's only beaten by the DS. GB/GBC adn the GBA. GB/GBC was around for a decade and had little competition whilst the GBA had a monopoly on the market. So for a first go, the PSP did well. THE problem was the software just didn't sell. I imagine Sony will be happy with another 70 million as they it looks like their aiming it at the "harcore market." but have better software sales. And St. And Sony have learnt their lessons like the DUEL ANALOG, which will make games so much easier to play. I'm not fucking joking duel analog is fucking brilliant. And most importantly there's a better determination to get AAA software in the market, Uncharted Portable, LBP portable 2 et all are killer titles.

The sales will improve.

It already did well enough for a system with no games at all. Not as well as Nintendo expected but not bad at all. And they will go up as software comes out.
Ocarina of Time 3D will be the older gamer bait, Resident Evil will probably attract some general public, Mario titles will get the most audience, probably since it's a kid bait and it's also loved by older people. And there's more to come.

Nintendo had a rough start but they'll get over it.

I think the sales will improve. I don't think NGP will do well in America. Probably in Japan, but I could be wrong. Hope I am.
D

I just wonder if the NGP will do well at all due to the wonderful fuck up Sony had.

I think the sales for the 3DS will go up. A lot of my friends want 3DSs but didn't get one at launch since they were waiting on for more games (and for finals to end XD)

I just returned my 3DS today. No point for me to have something that doesn't yet have any games that I care for. So, thats one lost sale for Nintendo.
F

DeadlyFoez said:
I just returned my 3DS today. No point for me to have something that doesn't yet have any games that I care for. So, thats one lost sale for Nintendo.
Click to expand...

Cool. There was really no point saying that here unless you want to troll. 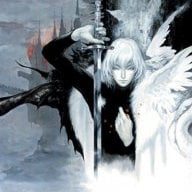 I chipped in to buy a 3ds for a friend! I do believe the 3d is a gimmick, but I love my ds lite and plan on getting 3ds for myself when ther are more games available. NGP sound's like overkill and too expensive wonder how it's battery fairs

Unless you needed the money for something else, I hardly see the point of that. Why go to the trouble of making sure you don't have one while the games aren't out instead of setting it aside until the games do come out?

The 3DS sales will probably spike when big titles are released. It won't die purely because it's a Nintendo console and people buy Nintendo consoles, no matter what... Well, unless it's the Virtual Boy.

I don't think the NGP will fail and I don't think it'll get higher sales than the 3DS. It'll probably be in that middle ground that the PSP was at. The PSP didn't fail at all; it sold plenty of units and plenty of software. Just because something doesn't beat the competition doesn't mean it fails.

I'll be picking up a NGP if the price is right and it has enough announced titles to get me pumped. The 3DS just didn't do that for me. Nintendo first party titles have significantly lost their appeal to me.

I think when ocarina, mario kart, and (god help us) a 3d pokemon game comes they will boom!

To quote Mr. Scott, "Sure !, She's got a good engine!, but it's th rest of her that's the problem!" Star trek V. I have owned a PSP phat for years now and I have only own and played only 4 PSP games since i owned it. I don't get into first person games and If it was not for the PS1 emulation ability, I would've gotten rid of it. With out descent games it matters little how much CPU it has.

L
Tutorial How to Do things online on the 3ds without risk of getting banned. "3DS Safemode" as I call it.

@ ILeo: so im in multiman game section and refreshed and cant see the games off the usb help? 14 minutes ago
Chat 2