First of all I had a black Wii that I modded back in 2010 and had it working fine. CFG Loader would load the USB drive from port 0 but not port 1 but USB Loader GX would load from either port. I could run pretty much all of my disks from the HDD with no problem. I usually used CFG Loader because I liked the interface, but for my daughters Sing It and Karaoke Revolution games we had to use USB Loader GX because for some reason the game would only recognize the microphone if it was plugged into port 0 so the HDD had to be loaded on port 1.

Forward to today... My black Wii was damaged in a move and was a total loss. I have recently bought another Wii but opted for an older white Wii to get support for burned disks. I softmodded the Wii several months ago (don't remember the exact tutorial I followed now though. Damned ADD). I was able to get all my other games to work fine and I had backups off all my VC and Wiiware so I was able to get my system back working pretty much the way I used to have it. Then I hit a snag. USB Loader GX was loading the HDD plugged into port 0 as USB1 but operating normally otherwise. Even setting it to use both ports plugging the HDD into port 1 would result in the drive not being found. WiiExplorer confirmed the port was working however since HDD plugged into the ports would be listed as USB2. While odd it didn't really seem to prevent me from doing anything so I ignored it for a while. Then my daughter tried to play her Sing It game. The microphone would not be recognized in either USB port. I plugged it into my computer to verify it still worked... it does. I am assuming that this is because one or more of the ciOSs I have loaded are incorrect or missing, but I don't know enough to really troubleshoot that myself very well although I am thinking it might have to do with the base they are installed under.

Any help with getting this resolved would be greatly appreciated.

Based on your syscheck, I can see that you don't have Hermes cIOS installed. Nintendo installed fake (stub) IOS instead to prevent you from using these slot, but you can still replace them if you want. Stub is more like "default/inactive".
the slot 236 is fine.
The slot 249 doesn't have information except the version (65535) but I suppose it is cIOS revision 20, because that's the one you have in slot 250.
When you install old cIOS using waninkoko installer, it installs in duplicate in both slot 249 and 250.

so, here you are:

Existing cIOS you can install:
Hermes type: (all of them support Port1, and are good for musical games)
rev4
rev5
rev5.1

Wow! Thanks Cyan. I wasn't expecting such a detailed and helpful answer. Incidentally, right after posting this thread I had been reading up on something that I thought was unrelated and wound up realizing I would probably need Hermes or d2x and had downloaded Hermes v5.1 and d2x v10 (but not v10-alt). I wasn't sure what exactly I should install from them or where, but you have cleared that up.

Incidentally, just for the knowledge: Why Hermes v4 in slot 222 and v5.1 in slot 223? Is there a particular benefit to one version over the other in particular slots?

I always prefer to teach the users how things work and let them understand what they are doing, instead of stupidly following a guide.
I could have tell you "install d2x v10", it works but you wouldn't know why.

edit:
It's so long to type everything again each time a user ask for help
Educating other users has the advantage that they can help other users at their turn.


I don't remember why it's better to use v4 instead of 5.1 (latest is not always better), but I told you to install both to test them as see by yourself which one is better.
For Hermes cIOS type, you can choose any slot number you want in the 22x range (usually, 222, 223 and 224 are used to install hermes cIOS)
there's no slot number benefit, you can switch them like you want.
What's important is that you remember what you install, and where. (the cIOS type, it's IOS base, and the slot)

If you decide to install Hermes cIOS v4 with base37+38 in slot225, just remember that you have to set the loader to use slot225 for your music games
I picked the base and slot based on common practice.
users usually install hermes in 222/223/224, waninkoko in 249/250

Look in my signature, I keep my Wii's slot to remember what I have installed. it's an "uncommon" setup, but I like to keep the old rev17 for testing and emuNAND purpose.
keeping rev17 in slot249 allows old homebrew relying on this cIOS to still work.
New homebrew are now allowing slot selection by the user, or not even using cIOS at all.


edit:
newby users often say "I have 249" when asking which cIOS they are using.
well, 249 can hold anything, it's not useful to tell the slot number only.
I have 215 ! yeahhh I'm so happy
Reactions: TecXero
M

Excellent! I surely understand more now than I did yesterday. I may have further questions as I go along, but your explanation has helped quite a bit. 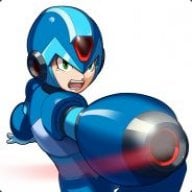 Based on your syscheck, I can see that you don't have Hermes cIOS installed. Nintendo installed fake (stub) IOS instead to prevent you from using these slot, but you can still replace them if you want. Stub is more like "default/inactive".
the slot 236 is fine.
The slot 249 doesn't have information except the version (65535) but I suppose it is cIOS revision 20, because that's the one you have in slot 250.
When you install old cIOS using waninkoko installer, it installs in duplicate in both slot 249 and 250.

so, here you are:

Existing cIOS you can install:
Hermes type: (all of them support Port1, and are good for musical games)
rev4
rev5
rev5.1

Black Screen when trying to set EULA as read on wii.

Misc Animal Crossing City Folks freeze when i enter in a building.

I
USB Loader(s) Not Finding My USB

Hacking MY WII GAMES FREEZE RANDOMLY AFTER PLAYING FOR A WHILE ALSO MY WII FREEZES WHEN I AFK ON USB LOADER FOR LIKE 5MINUTES AND THEN TRY OPENING A GAME.