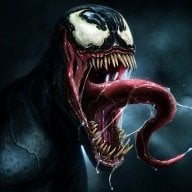 Hey everyone, recently I bought a 3DSXL with a 4GB (Which I'm soon to upgrade to a 32GB, damn you adapter lock) that already came pre.."hacked". Meaning the person who sold it to me already installed B9S on it for me, which is great. It took some time to get used to the freeshop and what FBI does but I'm getting the hang of it. The question is, I know there are a few..programs/homebrews/things that allow the usage of cheats in games. Currently I'm using one called NTR 3.5, but considering I can't change games or open other apps once it's injected into a game since it just hangs on the 3DS screen, I've been wondering if there's another one that I can use.
Sadly I have no idea what FW version it has installed and considering how these things work I'm afraid doing a system update will remove B9S or something similar
D

Use the latest version of ntr selecter

Unfortunately, there are no alternatives to NTR except for Gateway's Gateshark. You'll just have to deal with rebooting the console after each use. You might want to check this out, though.
http://gbatemp.net/threads/database-ctrpf-ar-cheat-codes.493220/
Last edited by Joom, Jan 11, 2018

Ominous66521 said:
Use the latest version of ntr selecter
Click to expand...

I'll check that out, seems like a good "alternative"


Joom said:
Unfortunately, there are no alternatives to NTR except for Gateway's Gateshark. You'll just have to deal with rebooting the console after each use. You might want to check this out, though.
http://gbatemp.net/threads/database-ctrpf-ar-cheat-codes.493220/
Click to expand...

I see, no problems then . but what exactly is this ctrpf ar? Decided to read the instructions and I have no idea if I have the luma plugin loader, is it ok to replace my boot.firm file on my SD?

DarkAllNight said:
is it ok to replace my boot.firm file on my SD?
Click to expand...

Why would you need to do that? And all you have to do is create the plugin folder on the root of your SD.

L
Homebrew is there any way to bypass a NTR cheat anti-online?

Hardware Which 3DS model to get?