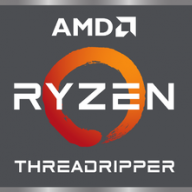 I just realized I posted this is the wrong section, should have been in hardware.


I have a PS3 with rebug installed and a 250gb hard drive in it. I have a spare SSD I was thinking about sticking in it. Backing up is not an issue, since the system was wiped before the cfw install, and nothing has been installed since. I also know that with the PS3, loading etc isn't really affected by SSD speed as the system bottlenecks. My main question is, with SSD running cooler, would it have a noticeable impact on heat in the PS3? Just doing whatever I can to lower temps, and the driver is just a spare I have and do not use. Are there many super large games that won't work from usb that would make it not worth it to use the SSD due to needing to put them in it?
Last edited by k3rizz3k, Sep 9, 2018

@ bowlofspiders: This is neat 21 minutes ago
Chat 1