The Thread
This threads main reason is to gather information on cart update timing and open up the mistery about the codes they have.
Here you can find out what FW your Switch has to be on in order to play the specific revisions of the games you own.
If possible I would like to collect as much information about the cartridges in the wild as possible to help any one searching for playable carts.

Basic Info
There is NO difference in packaging for different revisions of cartridges
DO NOT USE THIS THREAD AS ADVICE FOR UPDATING!
While the available information is quite reliable, the data is NOT save as it is supplied by users, not Nintendo itself or other hard evidence sources.

Release data from BigBlueBox is available at nswdb.com and might contain new releases not featured in this list yet.​

This is what we currently know

The cartridge code over the connectors looks like this (Zelda BotW 1.3.1)
AAAAA22A001

So we can derive this structure
AAAAABBCDDD

AAAAA - Is the game code
BB - unknown, maybe supported languages, see COUNTRY CODE and following spoiler or the production line
C - unknown, could be region specification (if it were to be region locked or something) or production line
DDD - cartridge revision, with this you can see what fw it requires (this is what this list is about)
Gal*Gun 2 has those codes
AGBNA (JAP) and
AGBNB (EN)

This leads to this splitting
AAAAB

AAAA = GameID (doesn't seem to include the publisher or anything)
B = LanguageID (A is the first version released, B is second and so on) (highest yet seen is E)


If you own some carts please post their information in this thread. I try to keep up with updating this post.
In case you want to help please post your cartridge data like this: 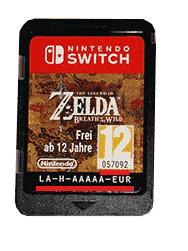 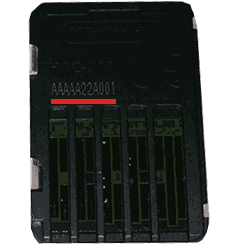 Game version:
You can find the game version when pressing the - button on the left JoyCon while having the cartridge game selected. It will be displayed below the title of the game. 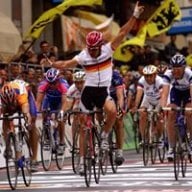 A friend of mine has the the exact same data on his package backside while the cartridge is a quite old 000... soooo no luck for package buy advice 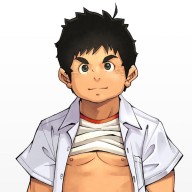 I'm pretty sure C doesn't mean region lock, it could mean a certain regions copy, like if some Japanese copy was a different letter compared to an American copy.
R

From Greg's post alone it looks like it is the same as the fist letter... but that says nothing as its only from 2 games

This is an AUS copy but I live and brought this game in the US...

Also my BotW cart is a GER copy…

Unless the 20 and 22 means something entirely different.
R

I will add it later once I'm on my PC.
To get an AUS copy in the US is kinda strange. Getting a GER one even more. But it is possible that they just shipped them wrong (and you got a rare one) or they had high demand and said "f*ck it" just do it.
I just read that Nintendo did label their games ever since NES. The current codes would fit this system. Let's see once we have a bigger data collection

Edit
What else is on the cartridge/package?
Last edited by Resaec, Dec 23, 2017
R

I added games from a page holding release information. We still need to validate the FW as it was not stated on that page. 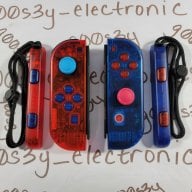 Can you tell me wich FW version the game needed (or the one you are playing on now) and what the version of the game is without any updates?

Resaec said:
Can you tell me wich FW version the game needed (or the one you are playing on now) and what the version of the game is without any updates?

Not 100% sure what it needed, as I always keep mine up to date with the latest FW.

It's still too early, but maybe B does state the supported languages instead of a distribution country.
The linked post for code 41 - EAP is from a person from Portugal. g00s3y's Package has English text and states FR and ES as languages. This would fit this case if im not mistaken and Portugal -> espanol.

Regarding the product codes printed on the rear of the box:
"TRA-HAC" is for Nintendo-published software. On launch, a splash screen is shown which contains the Nintendo logo in the top-left corner, and the Switch logo in the bottom-right corner.
"TSA-HAC" is for third-party software. When launched, a splash screen is shown with the text "Licensed by" added above the Nintendo logo in the top-left corner. The Switch logo remains unchanged.
All end with country codes.
Some games contain a single-digit number after the country code, which likely signifies a game revision.


Cartridge serial codes (rear):
The 2-digit value after the 5-character game code is currently unknown, but is NOT the country code as incorrectly stated in the post.
Also, there are many more codes than the four shown, but they do not have any relation to the region or language.

There's a lot more that is unknown, but I won't go over that.
Reactions: yanagi
R

It's nice of you to put all that together. Regarding the country code, that is what we were suspecting and stating in my last post.
It's still not easy to conclude something from the sparse information we have right now.
T

B still is a mystery. It's safe to say that it is not to identify the producer / owner of the game bc Zelda BotW and Skyrim as an example share the same number.
Plushie provided info on more games in another thread. I added it to the list above.

Plushie said:
Lego city undercover: ABM2B41A000 (game has both dutch and french text on boxart and subtitles/voices)
...
Click to expand... 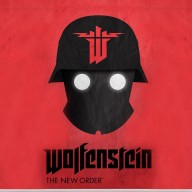 R
Homebrew How do I recover saves from Nintendo file format?

@ Sicklyboy: Thanks for reminding me I should get Google Fit set back up on my phone Today at 1:02 AM
Chat 0