Can anyone suggest a good freeware platformer?

Recently played cave story so im in the mood for one. I guess a gba/gbc game would be fine too.

lol...lawl? straight do download no biggie I did a google to look at it looks goofy but thanks bud. keep em coming errybody. and heres a link to cave story I highly suggest it.

eversian just got heavy what the hell. 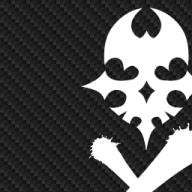 Putting the pro in procrastination

I Wanna Be The Guy?

i wanna be the guy is hard as fuck.

Putting the pro in procrastination

TTDSman18 said:
i wanna be the guy is hard as fuck.

lol awesome. played eversion and got the bad ending. not up to do it again but hs.

N+, of course, on PC is free and one of the most well-noted platformers to come out in recent times.

An Untitled Story is awesome as the guy above said.
The Underside is really similar to Cave Story, but almost as good I reckon.
Fancy Pants Adventure is more classic platformer, and you can find the flash version on armorgames.com

OMG, I Wanna be the guy. I HATE THAT DAMN GAME!! I always died at the castlevania part.
S


I can't believe it hasn't been mentioned yet.

I beat an untitled story. gonna start on some others soon. any good long ones like cavestory and AUS
A

Iji is worth a try.


QUOTE said:
Iji is an action-packed strategic platform shooter with a detailed story, large levels with multiple paths, powerful bosses and lots of secrets. There are alternate gameplay events, dialogues and scenes depending on what you do, a wealth of extras and bonus features, and seven stats to upgrade through a leveling system. Iji herself has superhuman strength and abilities, and can crack Nanotechnology, use her enemies' most devastating weapons against them, and be a pacifist or a killer - the story adapts to how you play. Soundtrack by Chris Geehan and Dan Byrne McCullhough, songs also by Tom Mauritzon and Captain Goodnight (and LifeForce, but their song was not originally recorded for Iji).
Click to expand...

Gaming Is Shaq Fu that bad?