I've spent several hours doing research, but I still have some questions. Some may be simple or obvious; please excuse my ignorance. I want to download .3ds and play them. I don't care about the online shop. I will want to play some games online. Region free would be nice but it isn't necessary. Sometimes I will play in areas without a WiFi connection.

My N3DS is being shipped. I don't know what level of firmware it is. We can assume, what, 9.4?

Gateway vs Sky3DS. I have an original R4 for the DS. I like the menu system and Sky3DS won't have this. What are the prospects of GW developing to support N3DS firmware in the coming weeks (without OoT or other hacks)?

KARL and OSKA look to be a long way off. Correct?

emuNAND. I don't know about this. Do I need to?

The problem is I know where the market is now but I haven't been in the game recently to know where it is moving. So any insight as to whether I should buy Sky3DS because GW development looks problematic, or that I can buy GW because there will be a hackless solution in the coming months for the current firmware.

Thanks in advance
J

He can't use Gateway if he has 9.4, but he doesn't know exactly what he's going to have at this moment. 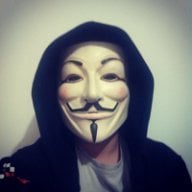 gateway can only support 9.2 firmware 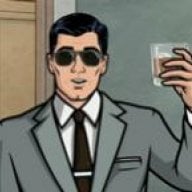 pdensco said:
u can use gateway but sky3ds is more popular and useful then gateway u can download .3ds games form several website just seach on google and sky3ds can support latest firmware 9.5 gateway can only support 9.3 firmware im using gateway but i think sky3ds is the best one yet bcz we can use homebrew on it gateway does not support homebrew
Click to expand...


I can't tell if you're trolling or not, if you aren't, please stop spreading misinformation. Also, Sky isn't more popular, gateway had a year headstart in terms of sales. You just need to look at the thread waiting for the NEW gateway exploit to see how popular it is.

Ok if your N3DS ships with 9.3 or higher, then you're stuck with Sky3DS or a QQ3DS which is basically the same cart but cheaper and with an nds card shipped also. It emulates a retail cart, It's pretty simplistic. I believe It's no longer regionfree as it got blocked (someone correct me if im wrong?) and It can't use homebrew (but you can get homebrew via the cubicninja hack which ISNT a sky feature, if you just want to play homebrew no flashcart is necessary). Online works, but they use public headers which are at risk of banning your console, unless you change them to a private header which I dont know how to do on Sky.

if it ships with 9.2 or < then you should get a Gateway. You get emunand support, homebrew support, .cia file support, online support, region free support and a multirom menu instead of having to press the button. You can get eShop support and eshop rom support. You can change the header to a private header rather easily and not be at risk of being banned.

There's a thread around which lists the advantages and disadvantages of both, but really your firmware will make the choice for you. If you're 9.2 or lower you have absolutely no excuse to not get the gateway, It is superior and has been supported for around two years. If you're higher than 9.2 then you've got no choice you should get the SKY or QQ. To be fair to SKY nintendo have released 3 updates since it was released and it still works. So yeah - Your firmware will choose for you really.

You wait until your 3ds has arrived. If it's 9.2 or under then buy gateway and cubic ninja. If it's 9.3 or newer then buy sky. It's as simple as that

No reason to buy the inferior cart unless your 3ds is over 9.2

You can start looking for a micro sd in the meantime. Both support max 128gb.
A

Thanks for the replies fellas. It does sound like the firmware will have weight on the issue. From what I'm seeing, it's unlikely or at least uncertain if future GW updates will work with 9.4< firmware.
V

If you don't care about theses features fine for you, but it's doesn't change the fact that objectively the gateway is a better product for anyone who have a < 9.3 console.

If you don't care about theses features fine for you, but it's doesn't change the fact that objectively the gateway is a better product for anyone who have a < 9.3 console.
Click to expand...


You're right for the cart backup, but until the sky3ds get blocked (if it does), the lack of emunand is not really a bad point. 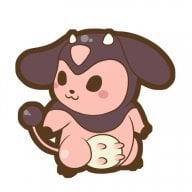 The TC said he wants online play and prefers to have the region free feature, and Gateway caters to both, while I believe Sky3DS got screwed out of region free now. Gateway easily lets you play any games online with either an easy-to-use patcher to inject a private header or you can just install CIAs, which Sky3DS also can't do. It's very easy to see that Gateway would be the preferred choice for the TC considering what he wants out of the flashcarts in the OP. 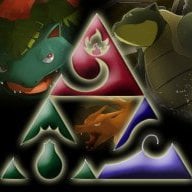 From the state of this thread, the Sky vs. Gateway argument is just going to blow up as usual....

As many others have stated, wait until you actually get your 3DS before deciding, you don't want to get your hopes up for nothing.
Your basic needs of playing roms is covered just fine by Sky, if you want to play online then you'll need private headers (I'm sure you've come across this while researching) then inject the headers into the template for Sky. Unfortunately, regionthree only support O3DS/XL so you're out of luck on that front (I think)
No-one knows the progress of the Gateway team and quite frankly if you don't want a sitting brick when you get your 3DS, go for Sky.
People with N3DS have waited months for them to finally release N3DS support, so that choice is entirely up to you.

People have mentioned the advantages of each over the other, and basically put, Sky is a plug and play cart, you load the roms, cycle games and choose then play the one you want. Nothing more.
Gateway provides the list of features you see above. The main pro to Sky is that it supports the latest firmware while Gateway supports only up to 9.2.
In my opinion Gateway provides way too many features to miss out on but it is your sole choice.

KARL and OSKA may be a while off, or near completion, there is no ETA but to be safe don't assume it's soon.

emunand is sort of a "second OS" for your 3DS, one which you can update to the latest fw without worrying about the actual fw of your 3DS. It's like a game environment of it's own, this is something specific to Gateway only as Sky does not have this. Since Gateway only supports up to 9.2, emunand is needed to essentially update to the latest fw but without actually updating the systems real fw.
You can find out plenty about it just by browsing this forum.

Although it's long, this wiki is definitely worth a read if you're interested in the scene
http://wiki.gbatemp.net/wiki/3DS_Hacking_FAQ
I actually did read it all xD

The choice is essentially up to you, if you're on a fw above 9.2 so you could either wait or buy a Sky in the meantime. If you're on 9.2 or below, you could buy either of them and do what you want from there.

EDIT: Could a mod seriously do something about the childish posts above? It's pretty hard to help new users when you have idiotic flaming and arguments we all have seen before. LF> Cyan

Just quoting this because there's a lot of irrelevant information in this thread. OP doesn't care what your favourite flashcard manufacturer is. Depending on the firmware version, the OP's question is already answered.

Gateway works up to fw9.2. Advantages of Gateway are that is can access 'kernel mode' (so you can run things like homebrew) and you can install an 'EmuNAND' so you can run the latest firmware in an emulated environment without having to update the console.

If you are on fw9.3 or above, your decision is made for you - go with Sky3DS because Gateway doesn't work. Advantages of Sky3DS is that is (so far) works with all the latest updates because it pretends to be a real 3DS game. Disadvantage is that it cannot access kernel mode - it can run unmodified roms and that is it.

Also I want to mention if the n3ds is gateway compatible then OSKA and KARL will work as well. Obviously they all both need cubic ninja to boot.

Adeka said:
Also I want to mention if the n3ds is gateway compatible then OSKA and KARL will work as well. Obviously they all both need cubic ninja to boot.
Click to expand...

Yeah but neither are released and the only one making any real progress (karl3ds) is anti piracy.......so it doesn't really cover playing roms/backups, which is what most people want a flashcard for

One thing worth mentioning though is NTR CFW which allows region free on sky3ds for the n3ds, but only works on Japanese consoles ATM, no idea if/when it will support EU/US consoles