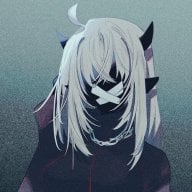 I haven't touched my Wii U in almost six months now. I'm coming back and trying to install the new DLC for BotW, but it keeps failing. I have the game updated to 1.4.1, but whenever I try to install the DLC through Wup Installer, it won't even start. It opens up the window that says 0.00mb/0.00mb installed, then instead of the numbers changing and starting the install, it white screens and goes back to Wup Installer. I've tried installing to USB and system memory, same issue. I've tried DLC from Wii U USB Helper and uTikDownloader, neither work. The DLC doesn't show in my storage settings either.

Edit: My process is as follows: Start up the Wii U, choose my profile, hold A on Haxchi to boot up HBL, choose Wup Installer Y, select the DLC folder from the install folder on my SD card, start the install and then nothing happens. Boots back to Wup Installer as if I never selected anything. DLC v80.
Last edited by DEMONDICE, Dec 16, 2017

THEELEMENTKH said:
You need signature patches to install the DLC, so you have to run haxchi normally (to have sig patches) and then run it again holding a to boot HBL and be able to install the DLC properly with WUP installer
Click to expand...

Huh, that worked. For some reason, I don't remember having to do that before, but it has been a while. Must have slipped my mind, thanks!
Reactions: THEELEMENTKH