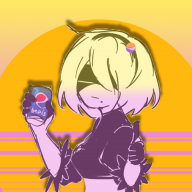 So I updated my Hekake by downloading SD settup because I'm an idiot and couldn't boot my Emunand
By doing that it gave me the CFW Sysnand as an option again and since I was so used to have the emunand first I clicked it and I tried to save myself by turning off the console on the atmosphere screen.
So my question is.
Should I restore my clean nand backup? If yes how do I restore it? The backup was on 8.1.0 and a fuse got burned with the 9.0.0 update
Also sorry for making this thread I already asked in the Noob Paradise thread but I wanted more answers
Anyway Thank you guys for reading this and for the future help you guys can provide me
X

I am gathering the reason you want to know if you should restore your clean nand is so that your console does not get banned? If so:

• Piracy of any sort

Not so instant ban, but still a ban:

• Custom themes (as far as I can tell)

To be safe, I would hope you had your switch sysnand on airplane mode, and also yes I would revert back to your clean nand backup to be safe.

I mean I know that you can get banned
But since I didn't get past the Atmosphere logo (meaning I didn't get to the Nintendo logo) I thought I might be safe but I still restored my clean nand
My next question now is: How can I boot in my 8.1.0 clean nand? Since my switch was on 9.0.0 it burned a new fuse and I'm unable to boot in sysnand now
And just in case by looking at a guide I did another backup of my maybe dirty 9.0.0 nand in case something could go wrong
Oh also forgot to say that I use Emunand to do my homebrew stuff and leave sysnand alone so I can play my owned game
Last edited by Konathedemo, Oct 3, 2019
X

Unless there are newer methods available now you can't ever get into the 8.1.0 clean nand on sysnand, though I think you can boot into it off of emummc and CFW, you need a way to ignore the fuse count.

Oh dear, I see why you want to get into 8.1.0 on your sysnand so bad now... let me see if I can look around and find something for you, though this situation sounds bad.
E

my two cents is that since you shut it down on the atmosphere boot logo it should mean that nothing have been launched horizon wise, and that your nand should still be clean
and even in the case it have some traces, as said in another answer people seem to not get banned by using homebrew only, so since you didnt event do that, you could be safe

so basically both case have a problem, but in case 1/ there is a chance that nothing suspicious registered, while in case 2/ its a certainty that it will, so personnaly if i was in your situation i wouldnt restore because for me it would be taking an additionnal minor risk, and this risk would add more force in by butt squeezing in the fear of the banhammer


ps: btw, if you restore, to update back to 9.0.0 despite the fuse count mismatch, you will need to boot into "stock sysmmc" (or something like that; and btw this boot option is basically a very minimal CFW, since 7.0.1 you cant really boot into true OFW anymore) throught hekate, booting with hekate bypass the fusecount (fusecount checking happen during the bootloading, and hekate is basically an alternate bootloader that doesnt check fusecount)
Last edited by Engezerstorung, Oct 3, 2019

So I think right now what I want to do is restore my 9.0.0 nand I think it's the safest method right now
But just in case I'm gonna wait a day for more answers to see what things I could do that could be safer

Okay so I restored my 9.0.0 sysnand backup so if I get banned or anything like that I will write it in the Nintendo Switch Hub Banning Hub & Warning
Reactions: Draxzelex

A
atmosphere don't boot with hekate