Bluebomb, a bluetooth stack exploit for the Wii & Wii Mini, has been released 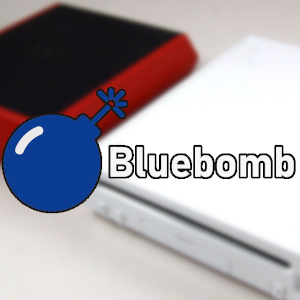 A little over two weeks ago @Fullmetal5 had announced to the scene that he found the first software exploit that could run on a Wii Mini. Progress has been made quickly since then, as just a few days later he had already been able to boot HackMii Installer and launch the Homebrew Channel successfully on his console. Several other milestones followed, such as obtaining a full decrypted dump of the NAND's contents and confirming that getting online on the Mini is indeed possible via softmods & a LAN adapter... and all these efforts bring us to today, Bluebomb's release day. Yes, you heard that right: get your USB drives and tiny square-shaped Wii ready, as you can finally hack it to your heart's contents!

As mentioned in the previous article, Bluebomb (previously referred to as bluehax) requires you to own a computer running Linux, a Bluetooth interface connected to said computer, a Wii console and a FAT32-formatted USB drive (to store the HackMii Installer and any other homebrew you wish to run). One thing worth mentioning is that, while the exploit is notable for being the only one capable of running correctly on a Wii Mini to date, it can work on other models too: a payload for regular NTSC Wii consoles running System Menu 4.3 has also been included and other ones are said to be in the works as well.

Here is the guide included in the official ReadMe file if you want to try it yourself:

Bluebomb guide said:
You will need a Linux computer to do this! Download the pre-built binaries from the releases page and follow these instructions.

However, here is a word of advice: be very mindful when running applications that make permanent modifications to your NAND on a Wii Mini. Many of them were made with the previous models in mind and thus are completely untested on it, so it would be better to wait until you're given the all-clear either from the devs or by other trustworthy sources. If something goes wrong, you may be left with a full, permanent brick! Stay safe!

Nintendo Wii U Monday at 8:27 AM
GaryOderNichts

B
Hacking Connecting a PS4 Controller to Fedora 32 Linux Through Bluetooth Works For Me. Try This:

Hacking Bluebomb: An exploit for the Wii + Wii Mini