sorry for my english

If you have bootmii on boot2 and a nand backup of course you could try to restore your nand. 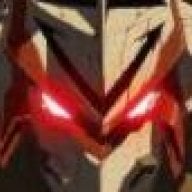 Bootmii doesn't work with the Wiimote even if you didn't brick your Wii (which if you get a black screen and Wiimote isn't working and you can't do anything that sounds like what happened). You either need a Gamecube controller or to scroll with the Power Button and select with the Reset button

1- Test powering the wii on with the wiimote

If the wiimote will not power on the wii, and savemiifrii loads the recovery menu, you likely have a bad bluetooth module. Simply replace it.
T

i can start hombrew chanel form bootmi but the wiipad not working that is normal ??? 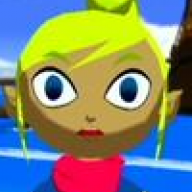 Did you back up your nand after you bricked it...? If not that should of fixed it.

You can try anyregion changer if you can get to the homebrew channel.
T

QUOTE said:
Sounds like your bluetooth module has gone bad.

1- Test powering the wii on with the wiimote

If the wiimote will not power on the wii, and savemiifrii loads the recovery menu, you likely have a bad bluetooth module. Simply replace it.
Click to expand...

Load the HBC, check that the flashing network icon in the lower right hand corner stops flashing, assuming the wii was online in the first place. Also have a look at the DHCP clients in your router, see if your wii is on the network. A bad wifi module can cause black screens.

OK, that suggests you have some corrupts ios. We should start with reinstall ios70 and figuring out what other ios may be corrupt. Try to delete sd:\boot.dol
Boot the wii, if your lucky cboot2 will boot your system menu for you and allow you to sync your wiimote
If the system menu does not load try to Edit sd:\bootmii\bootmii.ini
Set the delay to 0
Set the autoboot to system menu
If you can't get the wiimote to sync your going to need a gc controller.

It sounds like your wii is online if that icon stops flashing, so your wifi module is probably fine.

Also you can further test you ios by replacing the syscheck boot.dol with the boot.dol from signcheck, then load signcheck with cboot2. When it loads it will list your ios one at a time, then you press reset and it lists the next. You press reset many many times unitl the app exits or it crashes. Pay attention to the ios displayed, write them down. It will crash when it try to load a corrupt ios, so the next ios in line would be bad. You would then reinstall that ios and run it again until it completes its scan, perhaps reinstalling a few ios files.

If you get the system menu to load on ios36-v16, sync the wiimote, load HBC. Launch Multi-Mod manager and reinstall ios70-6687. Hopefully that will get your wii booting normaly. But you possibly have other corrupt ios, so use signcheck or dop-mii to figure out which ones need to be replaced.
T

terminator-2004 said:
some question
whitch file put on SD card only cboot2 or the old files from card with HBC
and from where I can download a ios file and how to install them

and I need a gamecube controller or the classic controller for wii will works??
Click to expand...

Only a gc controller will work it you cant get the menu to load with cboot2.

Nintendo Wii Sep 28, 2022
osamaelsaiedy
O
M
Misc Wii gets stuck on black screen, almost black screen of death. Not like any other thread.