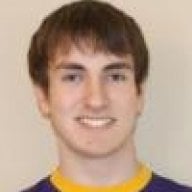 Having both a DSi and a GameBoy Micro, what would be the best method of playing GBA, GBC, and GB games? I've researched flashcarts for the GBM, but there doesn't seem to be one that supports RTC, which I consider a top priority as I'd like to play through Pokemon Gold/Silver/Crystal, and then move on to the third gen games. I've also noticed there are some emulators for flashcarts for the DSi, and I already have an M3i. I'd prefer to use my Micro, though, as it's considerably smaller, but I am willing to use the DS to have the added convenience of not switching consoles.

See the previous post, same answer for you: http://gbatemp.net/t...-ds-flashcards/

For emulators: http://gbatemp.net/t...lot2-emulators/
You can download them on filetrip, thats the Downloads link on the top menu bar of this site, scroll up and click.


Slot1: use something like lameboy to play your GB/C games on a DS flashcart.
Or pick something else here: http://gbatemp.net/topic/255764-list-of-all-emulators-for-ds/

You don't necessarily need RTC to play Pokemon games on a flashcart - if I recall correctly, there are patches out there that correct this error by simply using game time as reference rather than the RTC clock.

Is it possible to scale the game screen in Goomba Color, like you can with Lameboy? I'm not seeing any option to do this so I'm wondering why Dwedit hasn't implemented it?

I actually saw your post over at PocketHeaven(I remember you back when I used to frequent SCDEV.org, looks like that forum isn't very active anymore) a little while after making that post saying the same exact thing. I forgot to make an edit.

And that's too bad. That's one of the things I'm loving about Lameboy, that fullscreen stretch is great. It's pretty hard for my eyes to see that tiny screen of Goomba Color. Like I said, that's too bad...

Anyways, thanks for the info.

N
Is Pokemon mini emulation possible on the GB/GBC?

@ BigOnYa: Kinda cool. Is it worth much? 1 minute ago
Chat 1