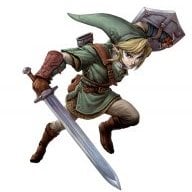 before u post the card has to meet couple qualifacations

1. Works on dsi xl and all of nentendo's previous systems of the nds series
2. supports up to 16gb microsd card or more
3. supports homebrew and most of nintendos newest game releases i.e. super scribblenauts, pokemon black and white, and e.c.t
4. supports the system update 1.4.1
5. and is commenly known

i have 2 options for you then acekard 2i (cheap boughtt mine for $18 USD) must update the workaround for the new DSi 1.4.1 fw by either using an older DS or a DSi with FW 1.4 or less) but if you have extra cash want less updating go with supercard DSTWO cost around $40 USD don't have it myself though but you get GBA emulation and SNES emulation plus other abilities bad thing isI heared Rumors it drains your battery power like a vacuum cleaner

Acekard 2.i with Akaio. That's all you need. Works fine and fast wih 16 GB mSD.

it does no such thing, it just marginally cuts down your battery life (30 mins off of 7 hours type deal), most other cards do this as well (although not quite as much)

BTW i am using a DS L

Supercard Dstwo or acekard 2i are easily the best two options fir the DSi. 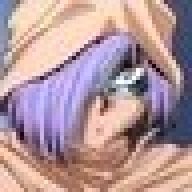 it does no such thing, it just marginally cuts down your battery life (30 mins off of 7 hours type deal), most other cards do this as well (although not quite as much)

BTW i am using a DS L
Click to expand...

DSi, cuts battery like from 6 hours to barely over 3.

Could people please just look at the forums at least once?
This question is asked far too often and it's always the same two answers, the two most commonly known cards, Acekard Twoi or Supercard Two.
If you want a flashcard and want to spend the extra cash, go with the Supercard Two, it has GBA, SNES, and even MAME emulation, as well is easy to update for DSi updates. The only problem is due to the on board CPU, it eats battery life.
If you don't want to spend the extra cash, go with the Acekard Twoi. It has WIFI updates, uses multiple cheat databases, and even features like Homebrew soft-reset. But you don't have the power that the Supercard Two has, so no GBA emulation and really shitty SNES emulation, as well when the DSi updates, you either need a DSLite (or phat) a friend with those or some means of flashing your card to use on the DSi update, such as not updating your DSi till the update for the flashcard has been released or just using another flashcard that does work on the update to update the Acekard Twoi.
Either way those are your two best options and both can be bought here, for really nice cheap prices.

T
Trying to use a dslinker card(N-card) with a hacked dsi/3ds.