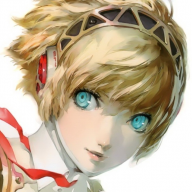 I know that not much is known about BCSAR files in general at the moment, but I thought that I'd try asking here anyways.

So, I'm trying to insert a new external file reference into an existing BCSAR. I've managed to insert the new blocks into the STRG and INFO partitions, and existing sounds still play correctly in game after the edits! However, I'm still struggling to get calls to the newly added sound working. I don't think it's an issue with the INFO partition, as changing existing sounds to use my new blocks works as intended - the sound plays perfectly. I can also change an existing sound name over to the added name without issues, so I don't think the new name entry is the problem either.

At this point, I think the problem is the STRG blocks that come after the names - I still don't understand everything about these blocks, and I get the feeling that one of the unknown values is causing my issue. This is what the blocks look like:

This is the 4 existing blocks that were originally in the BCSAR I'm editing. The only thing that I've been able to completely figure out with these blocks is that after every one of the 0xFF blocks of length 0xA, the first 4 bytes give the file ID, and the second give the INFO subsection ID. For external file references, the subsection ID will always end in 01, with the first entry here using the ID 0x01000000. I've struggled to find any sort of pattern in the other values though, and I've yet to see any changes in game by tweaking the values around.

Does anyone know what those values do? Are they used to connect the blocks back to the entries at the start of the STRG partition or something? Any help would be appreciated here, as I've run out of ideas at this point.
A

Did you ever figure this out btw?
EDIT: Scratch that, you've answered my question already somewhere else.
Last edited by AreoMaxxx, Jan 31, 2017

@ BigOnYa: Be a good chance for Soulja Boy to show off his new game system.. The SouljaGame console 3.0 6 minutes ago
Chat 1