I keep losing in Chapter 14 in AW DoR.
Has anyone a tip for me, or maybe a FAQ?

Did you read the tactics?
R

Yes, reading the tactics usually helps.
Off topic: What happened to your old avatar? It was cute.

I changed it for Nagato Yuki. I dunno why, but I just did. 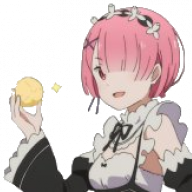 Capture the nearby Port and Airport and any nearby cities as soon as possible. For that I would use the Artillery to destroy the first meteor. It also helps to get rid of the other two. After/as you are capturing the cities, deploy Bikes to the other cities. Build Battleships, Rockets, and anything Anti-air to get rid of the plasma and any Seaplanes. You'll probably want some Anti-tanks, but mostly tanks etc. Bombers can be good early on but then the enemy will start building their own Anti-air. The sea shouldn't be focused on that much even though it takes up roughly 40% of the map, but take care of it early. 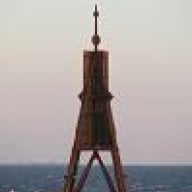 I let my sub dive and thus irritate the enemy ships.
I took the port and airport as well as nearby houses.
My sub continued to the north to kill the carrier (it only launched one seaplane before I could kill it. afterwards I had to get to the port for new suply
With my surface sub I lured the enemys destroyer near the upper port and let it shot by my Rockets, I placed beside the port.
I build a temp. airfield above the port.
I blocked the path above the port with a light tank and the bridge on the right side with a medium tank (just outside of the enemy rockets)
When I got the funds, I built a battleship to take out enemy ships comming down. I the build a jet to take off enemy planes.
I build a second rocket and placed it on the right side too.
I always maneuvered the jet to left and right to lure the enemy jet away and kept my airforces just out of enemy AA range.
Build two bombers then and got them up (one on the left and one on the right of the map)
At some point I destroyed the right meteor to turn off the plasma field and rushed in to the long range enemies.
from then on it next priority was to get air supremacy.
two days later it was just as easy a memory out, what enemy to finish of with what unit.
tanks to the AA.
Battleships to the long range

Tnx for all the help.

Just one quick question.
In C16 or 17, I dont remember, I need to capture a specific com tower.
But how do I do that? I placed a mech unit, and a infantry unit on it, but I doesnt say Capture....
Z

You need to place your CO unit on top of it. I believe that's the wartank? 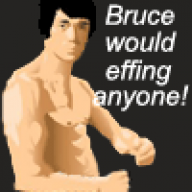 I achieved an S rank using the following strategy:

Meat shields supported by arty and rockets. Power creep the computer. Place missiles in obvious places to prevent air-strikes on your creep. Don't waste a bunch of money on heavy armor until you have a firm footing on narrow passages.

Also, unless I missed something it's not possible to use CO abilities in this mission.

In this thread post something unique you have done

Advice/Resources to Get Started With Creating Mods?

View top chatters
Open in popup
C @ ch13696: Did you make sure to have socks on before kissing them goodnight? 34 minutes ago
Chat 0