Anyone else having shipping issues to US? 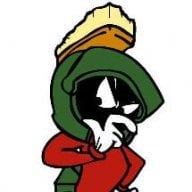 Before anyone asks, yes, I am in touch with ShopTemp support about this issue.

I ordered my Supercard DSTWO on 10/13/2010. It posted that it was shipped on 10/15/2010. I still have not recievied it. US Post just shows it with a status of Foreign Acceptance and Hong Kong Post shows it as Destination - United States. In talking with Shoptemp they told me its not considered lost until 5 weeks, so I have a few more weeks to go before I can do anything about it.

My question is - Anyone else having issues getting product shipped from ShopTemp to the United States? I wanted to support GBATemp which is why I bought from them, but so far, this has not been an overly positive expereince for me.

they use the same shipping service as everyone so at this point its the same from every shop over there.

you can discuss shipping here: http://gbatemp.net/t239860-the-free-shipping-survey

B
Anyone having issue cannot see usbfs in Tinfoil 14.0.0?