Hacking Advice would be nice

For some time now I considered buying a Wii U and backing up my games with loadiine and such. I finally made a decision and wanted to purchase one, it is the holiday season after all.

I was planning to buy a pre-installed mario kart bundle with SSBU. This because it had the highest probability of having a low firmware compared to the other bundles available, according to the Definitive Guide thread. And the SSBU because 1, it's Super Smash, and 2, more compatibility with loadiine. In addition, I was also planning to buy a decent SD card.

However, with the recent news of the imminent IOSU exploit, is this still the best option? Or should I just buy a HDD instead of an SD card. Would it still be wise to go for this strat just to be sure, in case the new exploit doesn't pan out or if it is still going to need a considerable amount of time in development. Or doesn't it really make a difference at all anymore now?

Thanks in advance and happy holidays. 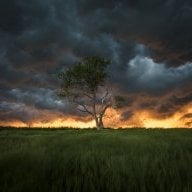 1) You can wait until the exploit is released and USB functions have been added to Loadiine.
2) You can buy an older console and get started right away, however

a) It's a gamble on the firmware version and
b) you're likely to be wasting money on getting a limited space/speed SD card.​
3) You can buy a new bundle now, but USB Loadiine hasn't been released yet (afaik).

Option 1 is the wisest/safest. (before Option 3)
Option 2 is the most risky.
Option 3 is the best option (personal), if you don't mind the time factor.

Who knows what hard drives will be compatible.
Last edited by kornychaos, Dec 27, 2015
M

So you are saying that I should just buy a bundle, and wait on the release of the exploit and then get a hard drive that is then known to be compatible? That indeed seems like a good option. Thank you!

The only bundles that are available here in new status, are the Mario kart, Mario maker and xenoblade ones btw, not that big of a choice sadly..

Hacking Question Can I play online with legit games on Stock/Original Firmware (and use my current online data)?