The computer game "Fortnite: Battle Royale" is one of the most played games worldwide with an estimated 250 million users. The game is about landing on an island, collecting weapons, and then using them to kill enemies. The best players can compete against each other as e-athletes in competitions. Nearly 200 mainly young people will fight for prize money worth a total of 30 million US dollars (27 million euros) at the World Cup.

Wang teamed with Bergquist Pedersen in six games against 49 other teams. "I do not know what to say. That's crazy! ", Said the 17-year-old, shortly after he had lifted the winner's trophy in the air. Around him, thousands of fans cheered him in the Arthur Ashe tennis stadium in New York, while millions of people watched the stream of the event on the Internet, such as on the platforms twitch and YouTube.

..something really went wrong in our "human society"........"Childs/Kids" will suddenly millionaires with computer games have KILL PEOPLE as content? Yes,sure,this is really better than kill people on the street and get no money of it.Very meaningful occupation with 17 years.Job ? I do not understand this....really.... 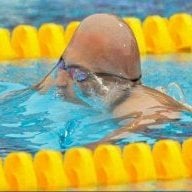 is he really austrian? is it really fortnite? confuschon