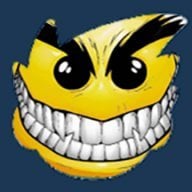 I recently replaced my dying Galaxy S4 with the new ZTE Zmax Pro and I have to say, I'm rather impressed with it.

6 inch Full HD screen, Thumb Print reader, Octacore processor (though the specs read as if it has 2 quad-core processors), and get this...it has a freaking GYROSCOPE!!!! That's right! It's a FAST, FULL HD, Google Cardboard capable device!!!

NO NFC.
NO 5GHZ wi-fi
NO ROOT (yet!)
Also, it's about half an inch too long for most Google Cardboard viewers! Because the SCREEN is actually 6 inches, the phone is longer than 6 inches. That means it won't fit into most viewers. It fits in my cheap ColorCross viewer (cost me like $12 on eBay 2 years ago, I think?) It will NOT fit in my ViewMaster* visor. I've also contacted several sellers on eBay who sell visors that support "up to 6 inch" phones and they've said it won't fit in those visors, either.

*The ViewMaster visor has 2 rubber bumpers that keep the phone centered inside the device. Cutting these out or thinning them would make the phone fit.

Android Has anyone gotten chromecast ultra?

Nintendo Switch Saturday at 7:06 AM
impeeza

@ BentlyMods: oh i will make it flammable 28 minutes ago
Chat 1