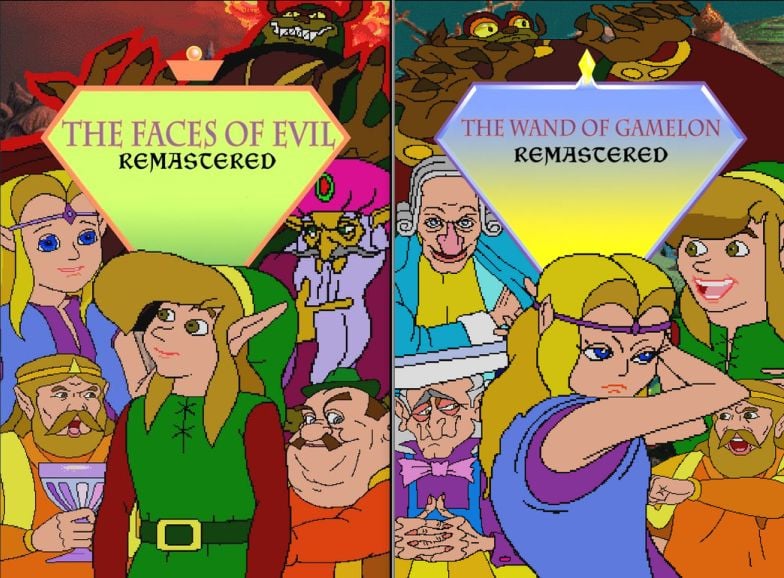 Version 1.2 of the Zelda CD-i Remaster games has been released for Windows and Linux.
This update includes French, German, Dutch, Spanish, Italian and Russian localizations.
Bugfixes and optimizations also included.

"The ultimate, final, community-created update comes to two CD-i classics, remastered for the modern age!
Included here is version 1.2 of Link: The Faces of Evil Remastered and Zelda: The Wand of Gamelon Remastered.
If you’ve already played, your existing save files will work just fine.
This is the final release of the game; this author will not issue any further updates."
Click to expand...

What does this update add?

# Localization - The games are fully localized into six different languages! The following languages are available:


You will be prompted to choose your language at the game’s start. If you wish to change it later, you may do so by going into the same directory as savedata.ini (see ReadMe), opening the “language.ini” file, and changing the language code, also detailed in the readme.

# Optimization - The games have far more audio files, but are now using compressed audio; thus, you’ll find the file size is quite a bit lower. Using this compression causes a bit more CPU overhead, unfortunately, but it shouldn’t affect performance on most machines.

# External Audio & Future Modding Support - UnderTaleModTool does not yet support the bytecode type of these games, but it will in the future. This tool should let you modify the game to your heart’s content, including new localizations! All text found in the games are now stored in scripts that should be easily replaceable. Additionally, the audio of the game is now fully replaceable, stored in the games’ directory under /music and /voice. As long as the new files are in OGG vorbis format, it should be doable!

Secret font option: There is a built-in Japanese (Otsutome) and Chinese (Ma Shan Zheng) font that can be accessed for future localizations. Add font_opt=”x” under [settings] in language.ini, and replace x with 1 for the Chinese options and 2 for the Japanese option. Remove this line or change it to 0 for the default fonts to return.


# Bugfixes - Bugfixes from the previous update are rolled into this release (as well as its additional features, such as entering doors with the up key in Remastered Mode, detailed in the ReadMe). New bugfixes are also included, such as better out-of-bounds/softlock protection and a fix for the stubborn boulder in Militron.

Once again, this was a community effort that sprang up around these titles. It would not be possible with the hard work of members across the globe. This author would like to extend their thanks to everyone who assisted.

If you need technical support or simply want to discuss this game with the community, I highly recommend joining the Merlin’s Palace Discord, where the original author resides.
Source:https://archive.org/details/foer-wogr-patched-12-9-20
Last edited by , Jan 17, 2021
Reactions: Lostbhoy, mathew77 and Alexander1970