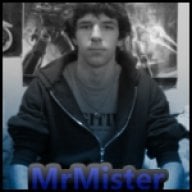 Description:
An original game based on the popular Japanese Game Center CX TV series, Retro Game Challenge reinvents how classic games are played. Featuring a story-driven progression, players complete short challenges in a wide-variety of fictional retro-games. Specific challenges in shooting, racing, action and even an epic role-playing game are integrated into the story, while the in-game magazines offer cheat codes as well as fake 80’s news stories paying tribute to the rich history of the gaming industry.

I'm getting this JUST for the RPG, Guardia Quest. Of course, the other games will be great, but I'm an RPG freak and the RPG looks like Dragon Quest!

Oh and it's supposed to be out tomorrow. 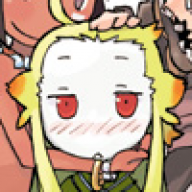 Yup, going to get this for the RPG and racing game. And the shoot em up.
The platformer can go hide in a corner

Can't wait to do some challenges

I'm really excited about playing this one. I love the idea, and the execution is rumored to be well done.

I just hope the retro games aren't too easy.

If they have a decent level of difficulty, I think this game will be near the top of my list.

Awesome! I played it in Japanese a while back, but not being able to understand the majority of the in-game text ruined the experience for me.

I can't wait to play it in English

Having played most of the Japanese release I can say its the perfect NES hommage. Not played the RPG bit on it though, kinda left it seeing I can't understand it.

The games are all new, and amazingly as fully realised as most great games on the NES, that surpirsed me with this game. I expected short games and I got full.

I also can't wait to read the "fake magazines & 80's gaming news". It sounds like its such a well thought out package that people like me will get wet for. To be honest I'll be hoping that the original kid voices will still be there and they wont be replaced by western ones, there is not actual words just"oh" and so on.

:yaynamco: for making it & :yayXseed: for releasing it in the West.

Now everybody buy it so we can get the sequel!
M

I'll have to give this one a try since DQ V is still alittle ways off......

I'm interested in it for the presentation and novelty factor. I'm sure the games themselves will be fun, but it's how everything's packaged that looks really appealing. It's kinda like the equivalent of going to the fare and coming home with a ton of useless trinkets; each one is only mildly amusing, but it's the collection process and seeing them all together that's fun. Call me crazy.

Maybe I'm getting on in "arr"-years, but I feel as though I MUST buy this. There's a damned cricket in a formal outfit singing songs at me to make me not-not buy this if I must play it.

omatic said:
Maybe I'm getting on in "arr"-years, but I feel as though I MUST buy this. There's a damned cricket in a formal outfit singing songs at me to make me not-not buy this if I must play it.
Click to expand...

Damn fine J.C. reference omatic. I'm planning to buy this one as well, mostly because I don't think it will get as good a reception here in the US as it deserves. Like Hadrian said, each purchase gets us closer to a sequel.

Hopefully it will be in stores when I get out of work. Might take some searching though. 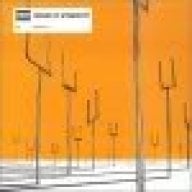 oh sweet...reason to stay up tonight

I'm crash prone,but I did just beat all the levels for that game....

The storyline of this game is sooooo funny and I actually was a kid in the '80s so ,believe me, I know all about it. Back then it was all Miami Vice and cheap aftershave. We had a breakdancing competition at school and the nearest we got to an iPod shuffle were some cassettes in an Adidas bag...

I'm on the last challenge of GQ

Finished the game now, was a decent enough challenge I guess if I hadn't already played through the Japanese version (minus Guardia Quest & Haggleman 3 which you could only play after Guardia) then I would still be plucking away now.

I love the whole package, games, magazine, story and even the bad English in some of the games which I'm sure was intentional.

Also there is one last "game" of sorts when you get to the credits...you can shoot Arin in the face! Takes ages to beat him though.
X

Absolutely love this game. It really does take me back when I went over to my friend's house to play his NES. I'm not a fan of shooters or racing games too much, so color me surprised that I liked them. I'd say the racing game is actually one of the weakest titles, but holy crap is Star Prince one of the best ever.

I love the barrier system so that those of us who aren't into the bullet hell maneuvering still have a way out.

And I literally laughed out loud when the kid brings home a turbo controller. VERY nice touch.

Magazines are great too.