So recently I started to hack again, learning from previous mistakes on hacking my WiiU and being able to recover from the brick, I managed to get a pretty good condition classic Wii and a refurbished WiiU. The question is in regard to my classic Wii, which I've decided to modify. Now before I decided to hack anything, I tested playability and updated it to 4.3 before actually doing anything. Now of what I was aware, the last Wii update was 4.3 and that was back in 2010, so I come back to the Wii now and it's prompting me to download another update on the Disc Channel. It gives the warning which says if you have any modifications they will be removed and the process may in return brick the Wii, so I guess I got a little worried. Though I've modded before I'm still new to the whole hacking thing. I've really only installed very few modifications (Nintendont, WiiMC, Usb Loader and a few more) so I really can't tell. The fact that it's asking to update sorta throws me off. I'm not sure what to do at this moment, should I update or is it just a trap for my wii, or am I overreacting? 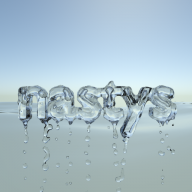 If I were you, I'd install Priiloader (of course after making a NAND backup and possibly installing BootMii boot2) which can block online and disc updates and save the Wii from most bricks.
P

Alright, will make the backup and install it as soon as I get back!

Hacking Wii asks for update even if its on 4.3E