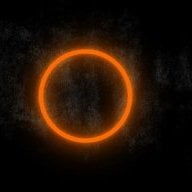 Hi there. I followed this tutorial:
And I'm having some problems with the Ubuntu Installed:

First of all, it's really slow. I'm using a 8GB SD Card with 2000MB of FAT partition. Second of all, it starts with an orange color if I boot it with bootmii instead of homebrew channel (which give's me the correct blue color). That's not even the problem. I'm having problem conecting to the internet (the only way I was able was routing internet throught my phone and placing it near the Wii, which was conected to an USB Wifi Dongle). The interface is XFCE 4 and it's ugly, slow and has no resolution options, which obligates me to use an Linux with large icons and windows that doesn't fit the screen and can't be resized. What can I do to have an Linux interface that works ? Thanks for the attention.
C 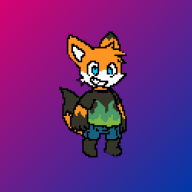 Kubuntu uses KDE which is really resource intensive. Xubuntu or Lubuntu would be a better choice. But it sounds like the OP is already using XFCE. But no matter what, it's going to be kinda slow. The Wii was not made to run something like that.
C

ry755 said:
Kubuntu uses KDE which is really resource intensive. Xubuntu or Lubuntu would be a better choice.
Click to expand...

Shit. You're right. I meant Lubuntu.

I manage to install kubuntu, I think it's a little faster but the best part is that I can see the windows properly. I could connect it with the router from my phone and I have inserted in the terminal this code: "sudo apt-get install kubuntu-desktop". Is this version you are saying better? If so, which code do I use to get it? Another question: I saw this video:
Is this fake? I'm thinking it is. It would be perfect if the wii could load something like that. I'm in need of a Operational System to read PDF and edit DOCX files and I don't even know Linux enough to know if is there programs for doing that

Found this videos and it looks better than the kubuntu I've installed:
Is there a terminal code to get it? Because this guy seems to heave installed it from the beginning and I have already installed mine 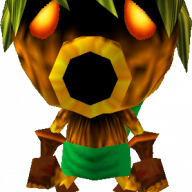 hey just putting this here if your still have resolution problems, click on applications>settings>Display manager, click on the bottom or middle setting, then reboot. it should work
trust me I had the server problem

*same, I hate this phone
T

Try an "only shell distro" of linux (or poor graphic) like damn small linux or install a light desktop environment like lxde xfce,