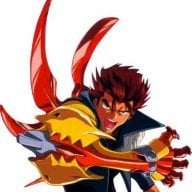 Let's start with what I have
3.2 Wii
Twilight Hack
Legend of Zelda (real copy)
Homebrew channel
CIOSCORP ( abilty to play my USA backups through disk channel)
Starfall with region free, start rescue menu when Y is pushed on GC controller
I even downloaded the autoboot disks( I know((at least think)) you need Savemii to run them

What happened
well being the curious(and stupid) person that i am, I downloaded a wad with a new healthwaring screen. it worked and I was happy, The end you think but no, I decided to delete the wad off my system and stick with the old one. With wad manager 1.3 I deleted it but it wouldn't restart and so I turned it off and back on again. Black screen, ok but I have starfall installed and just push y on the controller and nothing. I tried unplugging it, using an update on a later disk, tried running zelda again. I'm stumped. Will Savemii save me or do i wait for bootmii?
D

Sounds like you deleted your System Menu? That would be a full brick, you can't recover from it unless you can reflash your NAND with an infectus.

This is why you never uninstall the system menu. You have to reinstall it over the old one. If you do delete it you are f***ed.

and with CIOSCORP you can launch the auto boot disks through the diagnostics/recovery menu. However since the System menu was deleted there is no way you can access it. You are sol.

but the wad was only the health warning screen. Without the Nand, am i totally screwed?
D

bj4e2 said:
but the wad was only the health warning screen. Without the Nand, am i totally screwed?
Click to expand...

The WAD was most likely the whole system menu with the health screen parts modified. If the WAD was like 20.9 MBs, then it was the system menu.

PRAY! Pray to every religious icon and demigod you have ever heard of... find a friend, and cross fingers, balls and cocks just for extra luck!

This might save you... if not, I hope your Wii is still within it's warranty, and you have a few weeks to spare without it... send it back to Ninty, and get it repaired!
S

your wii is fully bricked, you can do three things now:

1. sell it on ebay
2. send it to nintendo for repair, 70Eur in europe and I think around $70 in the USA
3. Install an infectus which is not easy at all you should be a skilled solderer also you need
an old backup of your NAND WITH spare data (ECC+HMAC) to fix it.

or donate it to someone

I wonder who distributed a wad with changed healthscreen....

You should try what zidane told ya... this would be your last chance.
Could you still get into recovery mode without a sysmenu ?

Savemii wont help, if the controller can't as that is a savemii itself, bootmii needs to be installed before hand so that's totally out the window.....its time to smash it up and buy a new one, or send it for repair......

Who's system menu wad was it? so you removed your system menu, and powered off, why didn't you install your original?

No way to recover that unless you have a infectus handy, and backed up your nand beforehand.

I tried it to no avail. It was a good idea but sadly it did not work. Thank you. I don't know if I still have the reciept for it, do you think the Big N cares?

QUOTE said:
I tried it to no avail. It was a good idea but sadly it did not work. Thank you. I don't know if I still have the reciept for it, do you think the Big N cares?
Click to expand...

god knows, doubt it* they end up with that many fucked up wiis that are pretty much beyond repair, they don't have time to piss with them, so theyll give you a new one....
i would rather just buy a brand new wii, than send it to them waiting whatever amount of weeks...

No, you need to call Ninty, and ask if it's still in warranty...

PLAY DUMB!! You were updating it to the newest version... the power went out... when you tried to turn it back on, it didn't do anything... you don't know what's wrong with it.

Seriously... if you stick with that story, you should be fine...
S

WiiShizzza said:
I wonder who distributed a wad with changed healthscreen....
Click to expand...