Hacking Why is there no RPCS3 topic like CEMU?

I'd like a place to discuss the settings, which games are great, user experience, etc. 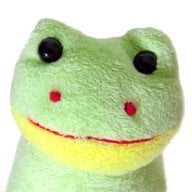 Do it.
Reactions: Deleted User

Probably because that's better left to the RCPS3 site forum itself where you'll find people who actually consistently use RCPS3. As you might've noticed, there are very few RCPS3 topics at all here.

Not to say RCPS3 isn't an awesome emulator, the fact that a PS3 emulator currently exists with playable commercial titles in and of itself is extremely impressive. Its just not overly popular here.
Last edited by Tom Bombadildo, Nov 9, 2017

dont want the change, be the change!
Reactions: Tizm

Which CPU/ GPU to pick for emulation ?

Hey guys please assist me with a homework

PS3 HEN Ban Risk without Homebrew Installed at all? (I know, it sounds silly...)

@ Psionic Roshambo: Clock.exe has encountered a fatal error A moment ago
Chat 4