Which is the best Sonic the Hedgehog 4 version? 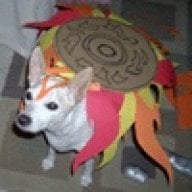 Or actually, which should I buy? I'm deciding between the PS3 and the Xbox 360 version.

I mostly want to know why I should buy the PS3 version over the Xbox 360 version. That's because all my Current Gen Sonic Games are the Xbox 360 version (Apart from the Wii and Portable versions). However, the PS3 version has motion controls (Which I know are minor and thus not making it a deal-breaker) and there's also the D-Pad (Although I can easily play with the Xbox Analog Stick and there's that new controller).

Thank you in advance!

Buy it for which ever system you play more, I can almost assure you that you won't be disappointed regardless.
D

How do you expect us to know, Its all about personal preference.

So basically if you want a Sonic 3D collection, buy a PS3.

@ AncientBoi: And I have a New battery coming for it tomorrow 9 minutes ago
Chat 2