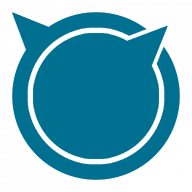 I want to sell my PSP so I want to factory reset it to remove all my personal data but I want to know if that will screw with the CFW. It doesn't matter if I keep the CFW or not since the latest firmware is hackable so if it's not on there the buyer can just do it themselves. I just need to know the best way to remove all my user data without bricking the system, keeping CFW or not afterwards doesn't matter. Also could you suggest a price for a PSP 3000 that's in very good condition that comes with a Micro SD to Memory Stick Pro Duo adapter, 2GB and 4GB Memory Sticks, and Need For Speed Carbon?

ABoxwithSWAG said:
I want to sell my PSP so I want to factory reset it to remove all my personal data but I want to know if that will screw with the CFW
Click to expand...

No, it will stay - if you wanted to remove it, run the official updater (not like cfw has any disadvantages)

The console goes for around 40-70 dollars, the microsd adapter is nearly free, the original memory sticks are too small to appeal to most (if they're going to put psp/ps1 games or full movies on them), and I'm not familiar with that game (at least it's a famous series) but most PSP games can be bought for less than $15

In general it's the buyer who ultimately decides the price, so why not do an auction (or start at around 65 and lower every some weeks)?

Oh, and you wiped the memory cards too? That's where most of your "personal data" will be

@ trepp0: dude i sat in my friends chair yesterday and they dug their nails into my neck, i jolted and now... A moment ago
Chat 4