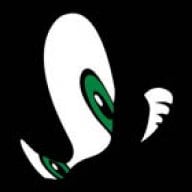 fails on wiikey damit
A

no i havent link?
A

Couldn't this be simply that this is a Japanese Disk, and an American Wii? He mentioned this on his video, but doesn't debunk it. The wiikey doesn't seem to be the cause of this (of which could be a clone as well, no proof is shown that this is an authentic chip, which may be a problem as well).

I hope the wiikey development team is watching, and preparing to fix this problem. But for the rest of us, those who have no code writing abilities, we simply must wait until the American version of this game is released, and see if it runs on American Wiis.

As we saw before the release of SMG, people tend to over react and freak out, clinging onto the worst of rumors. So let's try to keep it all down to earth.

wiikey team is dead as they have no site tho
A

God damn chaseincats.. can you stop posting crap pretty please? If you don't know something for sure don't post.
Although wiikey's site was shutdown they are still at large. Yes they will work on an update and Yes they will post it on scene sites.

where did you hear this?
A

Through gbatemp.net .... go look it up and stop assuming.

Other Platforms & Oldies Wednesday at 2:12 AM
Donnie-Burger