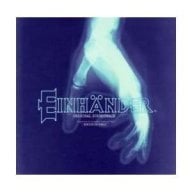 This is a re-post I made for a wider audience:

No I'm not talking about our shi**y American arcade games. I'm talking about kickass arcade games like Sengokushi Taisen which I'm lucky enough to be able to play and build/collect a deck in Seattle Game Works =>


and this game is TEN years old. So far I've found only one AR Electronic Collectible Card Game for iOS, but it's in China and is impossible to find the cards.
Besides games like this, since 2005 there have been MANY Sega and other AR games that are just Awesome. Yes we have some crappy AR cards that come with out VITA's and 3DS' but they don't do anything. I spent WEEKS trying to find where I could order my own arcade machine to no avail. All the arcade game retailers in the US that have "new""cool" table/touch etc games absolutely suck.
There are NO arcades in the US that have these awesome games except for 2 which are a decade old each. I want to order a few of these awesome arcade games because I imagine kids would line up down the street to play these. Imagine an arcade game that isn't just novel and awesome, but rather you win or lose it spits out a card for you to play at the end to add to your deck, would you keep coming back wanting to try your new card?
If anybody has any ideas on where I can order these machines I would appreciate it. I would also like people to start talking about just how DAMN AWESOME they are.
Reactions: DjoeN