What's a good text reader for the DS?

Any help will be appreciated. Thanks.

EDIT: I forgot the Supercard DSOne has built in ability to do this. Does the CycloDS also have it? Would you recommend using these built in readers or are there better standalone apps?

I just tried the Evo's built in reader(I thought it could only read in-game guides) and it only reads on one screen. IkuReader looks like a much better solution.

I just tried it, and it's pretty good. But are there any readers where you can do a search to find what you want? I'm mostly going to be using this for faq's(and the occasional book), so it would be nice if there was a reader that has the equivalent of Ctrl+F that a browser has so you can find what you're looking for.

IkuReader scrolls a little slow, so that makes looking through faq's a little painful. It would make scrolling through long pages better though if you all you did was hold Left or Right and the page would scroll and a pretty fast pace. With IkuReader you have to constantly press Left or Right to scroll, instead of just holding the button down.

EDIT: Just tried DSOrganize and this is along the lines of what I'm wanting. It scrolls extremely fast, and even lets you scroll with the stylus. It doesn't look as good as IkuReader though. If IkuReader scrolled like DSO then it would be perfect. 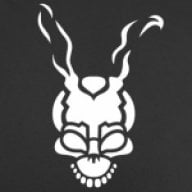 Thanks for the info, I'll give it a shot.

Nintendo DS Saturday at 4:35 AM
Redhorse