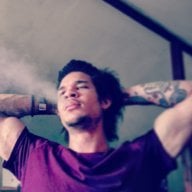 Okay, before I begin I would like to say a huge thank you to everyone working so diligently on the Nintendo Switch homebrew scene. We have come so far within such a small amount of time and I am completely stunned at how amazing and lucky we are to have such talented developers working to provide us all with the ability to use features Nintendo lacked a brain to add to the console. With all that out of the way to get back to the topic at hand!

On the Nintendo 3ds there was a custom firmware that worked hand in hand with Luma which was NTR CFW which had a pc counterpart that was able to receive signals and control the nintendo 3ds from a pc remotely. This program was extremely useful for content creation and made having a capture card obsolete.

Many of us content creators or just people hoping to capture sweet memories of our gameplay on Nintendo switch do not always have access to our capture card or are not always playing in docked mode(which is required to use a capture card).

Aside from this, the switch has a 30 second capture limitation which is not enabled for many titles for reasons to do with 30sec footage constantly being stored within the ram causing a slowdown in framerate on certain games.

Now here is why I believe NTR CFW would be possible on the Nintendo switch:
The 3ds had far less ram available to the device than the switch. It was possible to run this program alongside the entire firmware of the 3ds and every single game worked flawlessly and with quality/input delay that depended upon your wifi local connection(it wasn't through the internet but through LAN). If something like this was possible with the 3ds would it be safe to assume that the same could easily be possible with the Nintendo Switch?

This all gives me the feeling that we could eventually be able to have a program or kip file similar to NTR cfw or even similar to the switch LAN play kip that would essentially redirect the native Nintendo Switch 30 second recorded footage to be shared over the network and intercepted by a computer on our home network. It could either work that way or work the same way that NTR cfw worked which would just directly send the consoles screen over LAN without using the switches 30 second native feature.(that would circumvent things like smash having the feature disabled/removed).
Its to my understanding that NTR cfw was extremely lightweight, and I am well aware that the Nintendo Switch could potentially have issues with using this feature while docked due to the system already running near full power/cpu/gpu speed. To circumvent this(if needed) it could be a handheld only feature? I'm not too sure if it would even actually be a problem but just being proactive here.

What are your thoughts on this? Would this be something you would be interested in? Why or why not?

Also a note to other devs, I am fairly new to coding(only about a month or two into python, c++, and a few other languages) and would be more than willing to help out to get this project rolling. If anyone would like my help, I would be more than happy to assist!

Looking forward to hearing your thoughts

Okay... huge apologies. I just found a homebrew app that does exactly what I was asking thats currently being developed. https://gbatemp.net/threads/sysdvr-stream-gameplay-directly-to-a-pc.550616/

I'm not sure why when I searched I didnt find anything of the sorts..
Mods please feel free to delete this thread.
Reactions: ClementNerma

Switch won't turn on and PC won't recognize Switch is connected to check RCM after changing to new SD card.