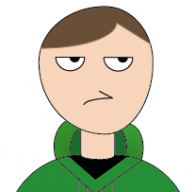 Hello all, I come with (hopefully) a not completely stupid question

I got my father an o3ds for Christmas (Came in version 2.2, updated with Luigi's Mansion to 4.5) I want to copy my save files from Pokémon Dungeon and Super Smash Bros (Both real carts) into CIA files because he has put time into them both and I want my games but I don't want to take his saves away. I would like to know if this is possible and how to possibly do it.

I would also like to know if the 3ds would need updating to 9.2, I would be fine putting everything into CIAs for him and getting emunand to load on boot, I just need to know if this is required (I do have a gateway that he will be getting so any alternatives involving that will be good too and I will backup the NAND before messing with it, I at least know that) and Smash Bros also contains DLC, would it be possible to just redownload it into the CIA or would it not be possible?

It will not be entirely required to update to 9.2 but I definitely recommend it.

I don't know if there are incompatibility issues anymore with 6.x+ saves when sysnand is 4.5, but if there is, then the saves from the legit cartridges would probably be seen as corrupted once trying to load them on emunand. That was a long time ago though and I don't know if that is an issue anymore. Still recommend updating to 9.2 though so you can be certain, and then you can just boot rxtools from powering on the 3DS and be in emunand automatically.

As for the DLC, it is tied to the NNID that purchased them. If you can transfer that NNID over to the other 3DS then it would just be a matter of re-downloading them. It is possible to just find the DLC online as .cia and install it the same way you would install the game, though.
Reactions: 2haloes

Well with the save data on 4.5 sysnand, I think it's still a problem (Not too bad for me though) but I can't find anything about injecting saves into .cia files at all, have I just completely missed a guide or something?
D

You can do that with svdt in homebrew launcher. Boot homebrew launcher through emunand and it will be able to see all your installed .cias, and allow you to backup and restore save data.
Reactions: 2haloes

Oh sweet, thank you very much for helping with all this