Hacking SD Cards: Is There A Noticeable Speed Difference? Which R/W Stat Matters? 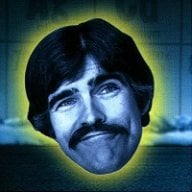 Hate to be the noob with all the questions, but this one may be a little more legitimate? Though I could just be looking into this a little too much

I read all the initial posts stating that a higher class card, of better quality, would provide the best experience and speed with flash carts. However, being the minmaxer that I am, I would like to know if a faster card than what I have would truly make a noticeable difference/be worth the cost. Also, since I don't remember reading about it, I wanted to know which statistic matters more when looking for an SD card (IE, Sequential Read/Write, Random 512kb Read/Write, or Random 4k Read/Write).

According to a widely used speed testing program, CrystalDiskMark, I currently have an SD Card with the following R/W speeds:


The SanDisk Ultra 32GB that I am interested in purchasing, should the difference be worth the $25 price tag, has the following R/W Speeds:


Now, it is my understanding that reading is the most important for playing games. In this case the increases are pretty solid with a ~25% increase in Sequential/Random512k speeds and a massive ~100-200% (doubled/tripled) increase in the Random 4k tests.

So the question is, Would I see 25% faster load times, or even doubled/tripled if it calculates random access, with this new cards?

Also, specifically speaking of the R4i Gold 3DS cart which has recently be given Real-Time Saving with the 1.59+ Kernel.. I've read that a real time save takes 10-15 seconds but have no idea what card speeds this was done with or which speed stat really matters for it.. Has anyone done any testing with this feature to provide any other times for which ever speeds their card is? The new card would seem to work faster with writing when comparing sequential/random 4k.. but it's weird that my card actually has a faster random 512k speed if that is what matters.

Thanks for taking the time to read this, I am someone who likes to make informed purchases and hope it's okay to pick peoples brains!

The DS's slot-1 is the bottleneck. You only need to be able to surpass that, and after that you won't see an improvement. It's easy to surpass that as well, your average decent-manufacturer Class-4 or Class-6 already does it and already gets the fastest loading times (and saving times too, easily visible in games like pokemon with large saves).

The issues people have with MicroSDs are when they try to use really shitty, really cheap/fake ones, so don't worry about that as long as you don't buy Chinese import stuff, bundles, ebay, etc.

Okay thanks, I was looking too far into it then. I do have this question though, since I have both a 3DS and a DSL, do you know what the R/W limitations of the 3DS's slot are? I would assume it can read/write a lot faster than it's predecessors, thus would it be able to take advantage of a faster card, but even then does it not matter? A bit off topic, but I only wonder for the purpose of having a speedy card for the Gateway in the (hopefully near) future.

Seeing as Class-4 or Class-6 seem to work fine for loading virtual-retail games from the SD slot, I wouldn't be too worried... but if the MicroSD is an issue, the review will likely hit that issue and talk about it.

Hrmm you raise a very good point, I didn't think to check the class on the provided SD card. Thanks again for the information

Hardware How important is 4k random to loading speed for games.

Gaming I have a very old laptop, is there something useful to do with it?

@ Psionic Roshambo: When they eventually get the ladder up and running, I will be somewhere on the North American... Today at 10:04 AM
Chat 0