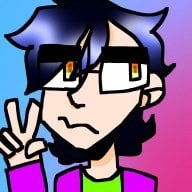 Location
none of your business

hi, none of you should know me, but im Gideon(like the scott pilgrim character?), and i recently attempted to hack my 3ds. its one of the "old" ones(as in, i got mine a few months after release).
i got to the final part of the setup where i have to backup the SYSNAND and copy it over to my computer(i sacrificed my ENTIRE library of games and saves for it, rip my tomodachi life island) but after backing up the SYSNAND, my sd card wont be read by my sd card reader, and it creates four drives, named USB Drive with the letters E, F, G and H assigned to them. every time i open them, they make my computer run really slowly and make me unable to open task manager/anything else, really(if i close down my window where i have my browser i have to restart it to get it back up again, thank god for opera GX keeping backups of my tabs)
the drive is no longer connected, but my computer keeps telling me my F: drive is invalid and doesnt exist which, like, yeah obviously it doesnt i plugged it out.
it also wont let me safely eject the sd card reader due to the E to H drives being "in use". considering the fact that i cant use them myself, that seems odd, to say the least.
attached is an image of the drives that show up, id like to know if anyone else has had this problem and if they know how to fix it.
thanks!
-Gideon "perfectabyssofsw0rds" Graves
(ill add more info if wanted.)

Does the 3DS still detect the SD card? If yes the SD reader is fubar'd. Otherwise the SD card may of just been on the way out.

But it sounds like something happened to your SD card reader.

Location
none of your business

the sd card works as it is supposed to be, but the reader also works with other cards. might just be a small thing? i’ll check when i get home.

J
3DS won't read on computer; tells me to format