I have a really really strange problem with an SCDS1 SDHC and a theoretically fast SD Card.

I am using a Sandisk Premier 2GB which I confirmed on my PC to be a fast card. A really fast card.

Problem is that the Speedtest in the SCDS1 SDHC (3.0 SP2) rates it as a slow card. Also the several speed test programs for DLDI show that the card is slow.

I retested the card in an M3DS Simply and all Speed Tests run about twice as fast with my Sandisk than on the SCDS1.

So games that are running perfectly on the M3DS have massive slowdowns on the SCDS1.

Does anybody have a clue why it would misbehave with my Sandisk? If this is an unfixable incompatibility, well, I'll just get a different card, but I paid twice the price of a standard Micro SD to be sure to have a fast card, so I'd rather get it working.

Well, there is nothing you can do about it.
I would rather use a japan card, eg. toshiba or Kingston.
D

Well, as I said, this card IS fast in a M3DSS and is slow in a SCDS1 SDHC and that I find really odd. Shouldn't it be fast in both? 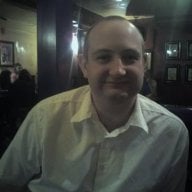 Just for the record, in my Supercard SDHC I have tried the following cards

However, the 8GB Sandisk is actualy faster than the toshiba when speed tested on a computer so I think it is a bug in the Supercard's firmware. I can tell no difference between the to cards when actualy running games on the DS Lite. So I am happy.

J
Hacking What Micro SD card should you buy for SD2Vita ?