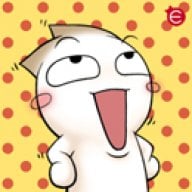 About the Action Flags, when i put on on a place why does my soldier do nothing? He just walks around, and i'm not getting it really how the action system works

If you're trying to command the leader, it won't work
A

Hmm, this game looks interesting... I gotta try it!

I'll let you know how to control after I play

Edit: Ok, I just finished the game a few minutes ago. You have to press action and pick a spot and your robots will go. For your heroes, click them once and choose a spot to where the heroe will move. Good Luck!

If you put down a Defend spot and the soldier is defending, he most likely won't move. Defend Flags override Action flags.

the way defend flag works is that for every defend flag in place, at least 3 soldiers and 1 medic will stay there and guard that. any surplus combat unit will then go to the nearest action flag. if you want to sort of leap-frog them forward, plant a couple of defend flags in a valid point, then remove the other flags and combat units will flock there. after keeping them all tight in one place, just plant a couple of action flags somewhat near that BEFORE removing the defend flags to sort of synchronize them all into attacking en masse. of course, medics will tend to go first since they're faster, so try to assign them first to a hero or a leading combat unit, releasing them from the assignment only after you've arrived at the destination.

be careful not to overdo the flags though. you're only limited to five, and then they all have time limits (i think).

i prefer the sniper hero here--the anvil is pretty deadly and will wipe a clump of enemies.

Is there a way to make TWiLight Menu++ neat?