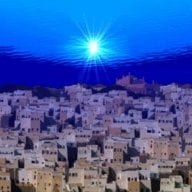 Rhythm Heaven is a series of games from Nintendo and SPD Group 1. The game is full of odd situations. Players tap-dance with monkeys, steal cheese as a mouse, play in an outer-space home-run derby, and so on. The Rhythm Heaven gameplay is simple: press buttons in time with the background music. There's nothing quite like Rhythm Heaven, but games like Guitar Hero are in the same basic genre.

Rhythm Tengoku ("Rhythm Heaven") is the first game in the series. It came out in Japan in 2006, but never made it anywhere else. Its two sequels have been translated and released overseas, but Tengoku never was.


Nintendo President Satoru Iwata said:
By the time Rhythm Tengoku launched in Japan, the Nintendo DS had been around for ages. It was too late to introduce the game for American and European markets.
Click to expand...

The fact that it was a weird, brand-new series couldn't have helped. 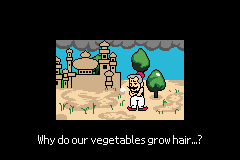 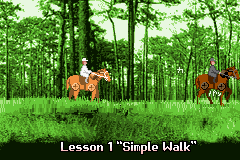 Since 2007, various fans have tried to translate this game. Thankfully, our team has finished the text translation. We now have a hacker and graphics artist working to translate any Japanese graphics to English.

The title of this hack is Rhythm Heaven Silver. Why Silver? In short, because this game's sequel was called Rhythm Heaven Gold in Japan. The name also had zero Google results before this project started. 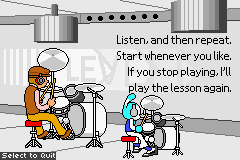 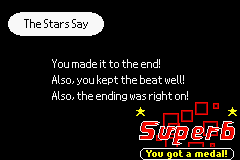 Is the translation done yet?
Hasn't this already been done in English?
Why translate this? You can understand how to play without knowing Japanese. 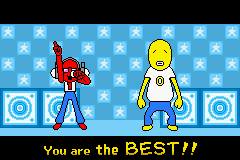 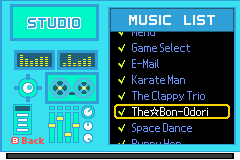 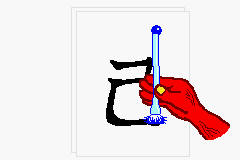 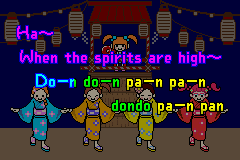 1. Support the Franchise
2. Patch Your Game
3. Play the Game
You can try these emulators: 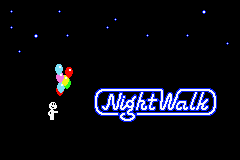 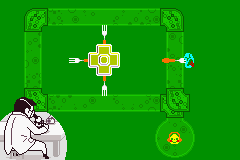 *These quotes were written about the untranslated version of Rhythm Tengoku.

If I had to be cast away on a deserted island with but a single game for my Nintendo DS, I would have to opt for the fat little imported Gameboy Advance nugget that is Rhythm Tengoku. Niero Gonzalez, Destructoid.com

But it would be a shame for Western gamers to be denied the game -- Rhythm Heaven feels as fresh and imaginative as the original WarioWare did three years before, and it features a superb soundtrack. Jeremy Parish, 1up.com

You'd think that the minigames would have trouble holding your interest with such basic gameplay, but this is one of the most addictive titles we've ever seen. Nintendo Power

Even with the language barrier, this is a highly recommended GBA import. Craig Harris, IGN.com 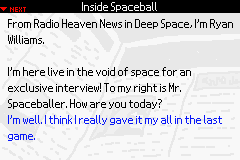 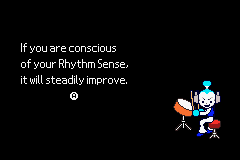 Well, what are you waiting for? 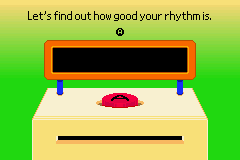 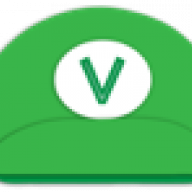 Awesome work, but I have a question: how should I run the rom? If you need any help with something (Except translating or anything that's related to editing the rom) tell me so I can help 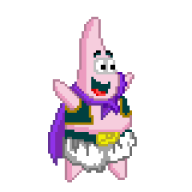 I would so appreciate a translation of this. The game is pretty awesome and quite simply deserves it, although it's also qutie playable without localized text. 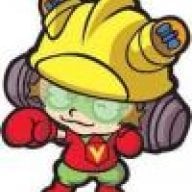 I can be a pixel artist. I can make the special fonts and special graphics. what format would you want it to be in Bitmap, JPEG? As for beta testing I can't really do that at this time because my XP died (broke-down) and needs to be resurrected (fixed) and all I have is this stone age 98 but I can at least see if it can run emulators so theres no garrantee I can do that. I would do japanese speaking thing but I speak english and im still learning the symbols and some vocabulary but I do not understand text nor voice in japanese. but overall I can be a pixel artist

Karate Master (I thought it was karate house but ok)
http://gamerxextreme.webs.com/apps/photos/photo?photoid=148025206

Oh and just to let you know. im making a remake of this game just incase this project dies (which I hope never happens) and also can you all check out my 2 websites

www.gamerxextreme.webs.com
Its a site where I do all things that have something to do with video games

www.japanintendo.webs.com
This is a site where I post things that have something to do with japanese gaming

Btw.: Does anyone know a good emulator to play this on? I have tried this on VBA and No$GBA, but in both emulators the sound lag (or was it input lag?) was too big and the game wasn't very playable. I still have the game on my GBA flashcard and it works much better on an actual handheld, but my NDS is broken and I don't feel like playing it on my old GBA without backlight. And it might take some time before I can afford to get a GBA SP for cheap. Or is it maybe a matter of settings? I tried playing around with the emulator settings, but didn't find anything helpful.

I played just fine on VBA (you can also look into VBA-M). It may be that what you think is correct timing is actually not what the game is expecting. I've never played this on real hardware, so I can't be certain.

I've played all three games on real hardware and they pretty much have the same timing. You always have to press the exact same moment the beat (or whatever signal) kicks in. On VBA I had to press slightly before the beat. Of course you can get used to it (especially if you haven't played a game from the series on real hardware before), but after all that's not how you're supposed to play the game and to me the fun factor is low, playing it this way.

EDIT:
From VBA-M About page:

VBA-M said:
OpenAL and XAudio support
On Windows Vista and 7, directsound was showing some perceivable audio lag, the OpenAL and Xaudio API's allow us to get lower latency audio on these operating systems.
Click to expand...

I guess this might be what I'm looking for.

EDIT:
Nope. Doesn't work out, unfortunately. I've tried both: XAudio and OpenAL (and in combination with either Direct3D or OpenGL). I just never got good timing. At this point I'm not sure whether it's sound lag or input lag, probably a combination of both. And I'm not sure whether it's the emulator's or my hardware's fault. And just to make sure I also tried on my original GBA with the flashcard today. Got a perfect on the first game easily, whereas on the emulator I don't even get through the tutorial without lots of failures.
Reactions: 1 person
M

That font is full-size font of some NDS games.
Half-size font is like PictoChat keyboard.

Thanks for the tip, Manasword. I've condensed the font by using the Pictochat font. 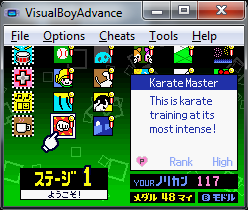 I don't believe in fake screenshots. What you see is what you get -- the most current version has messed up coloring and spacing for the "rank" because I was moving it around and trying different things. Also, the exclamation point doesn't have fixed spacing yet. And yes, the ROM does not yet have English text for any other game yet.

Fix the last bit of font spacing (! and other special characters)
Fix the rank text
Fix the atlas script I have (not all characters are currently supported)
Set a read breakpoint on the Marcher mini-game for the larger font tiles. Then find out how the game denotes large text so I can replace it with large English text.
Paste in the completed translations for demo 1 (including the tiny bit of text about stereo/mono sound)
Write the untranslated "attract" text at the title screen
Re-do the text for the rhythm test and Karate Master mini-game (they were made with a wider font in mind. Spacing is messed up and I can be a little more verbose.)
Release a WIP patch and test it
Make a YouTube video to promote it once it's all tested and working

I can also help on the special graphics and fonts

I made a website but its called rhythmtengoku.webs.com and it says rhythm tengoku simulation and doesn't look very professional either (i don't know why i called it that) but I can change that but I need someone to make some coding for me or I could use wix.com which is more customizable but if I made a website with wix.com the url would be www.wix.com/chillv64/rhythmtengoku which would be way to much to type in. I have a question, Is there a free web hosting site that is very customizable but doesn't require any knowledge of coding? if so PM me
S

I'm glad to see you doing this! I only learned about this series a few months ago, but the Wii version was so lovely that I wanted to play the others.

I played what you have so far, and I can't find any problems with the first level. I'll try a few more times to get the two highest rankings on the rhythm test, to confirm those work. I'm not up for any hacking, translating or editing, but I'd be happy to playtest what you have and confirm the levels are bug-free. I hope you can find a voice actor for the marching stages! It would be wonderful if this could come out as a commercial-quality translation when it is finished. 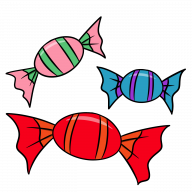 Yes! I can't believe someone's actually translating this! I love Rhythm Heaven and would love to be able to read everything
I can be a beta tester if you still need some. Thanks for taking this project on! 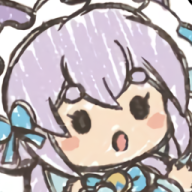 This project is interesting!
I'm Japanese and can speak a little English.so I think I can help a little.
This game often use the word "ノリ","ノリ" means the sense of rhythm and groove.(I can't describe this word well.)

"Health and Safety Screen" is the same as those that appear in the Wii.

ABOUT YOUR HEALTH AND SAFETY

Press any button to continue.

Trickart, thanks for the help! However, you should be glad to know that the text has already been translated. Some text in the game is stored as images. (Everything you translated, even though it looks like text, is an image.) We don't know how to edit these images to be in English. That's the problem.

When we finally figure out how to edit these images, some translation help might be needed. I'll make a post if so.

By the way, the health/safety screen is also made up of images. Once I can edit that, it will be where I put information about the hack.
"This free hack was created with the help of ....
beta 1 8/30/12"
Also, Cracker will be working in the next few days on a hack that skips the screen very quickly. So no pressing A will be needed to pass the screen.
S I successfully got the "Metronome" message, but the very high message eludes me. I'm getting around 83 as my high score. Any idea what score the "Atomic Clock" message appears at? Even using save states, this is very difficult to do!

I'll post the other message as soon as I get it. I've been using save states to save some key points like the victory screens, which should make debugging easier in the future (especially for the Perfect certificates).

@ KenniesNewName: The workforce here drained me so much though A moment ago
Chat 3