QUOTE said:
There are no plans for Retro Game Challenge to be released in PAL territories that we are aware of. We asked Namco when we first started the project, and they clearly said “No.” If they are discussing it directly with a European publisher, then we here at Xseed are completely out of the loop.
Click to expand...

I wanted to buy it. Oh well I'll get it off play-asia, probably cheaper anyway. A bit of a pity that we get the half good half bad Disaster on the Wii, but not RGC.
O

I can't say I care whether it gets a Euro release or not, even though I'm in Europe. I had the american version on pre-order since the first day it was possible, and I don't see why I would want to wait around for a Euro version, really. The only thing would be a bunch of languages I wouldn't want or need.

If you're buying the american version, may I reccommend www.videogamesplus.ca? I have no stake in that whatsoever, btw, but they have become my number one source for american video games releases. They've never let me down so far. Plus, they mark parcels down so they always go through customs, which is nice. Retro Game Challenge shouldn't be enough to be stopped in cutoms anyway, but it's still nice. If you do check it out, remember that the prices are in Canadian dollars, which are less than the American ones.

Anyhow, I hope you find a place to buy it.

edit: Upon checking I see it's back-ordered there now. Sorry. I guess they only had enough to fill pre-orders. 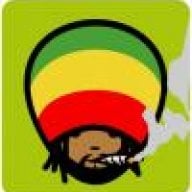 I agree with above poster, although it is a shame it wont come in Europe.

Also, i have ordered from http://www.videogamesplus.ca/ previously, i can totally recommend them for buying US games in Europe.