A few days ago, our Gamecube memory card gave the old, "The memory card in slot A is corrupted. Would you like to reformat it?" message. So we did.. and all of our memory was gone. But, I knew this wasn't too big of an issue as I recently learned about a program called GCNMemcardRecover that can restore corrupted save files deleted from the file system, so I dumped a raw image and put it through the program and got them all out, but now the problem is that I can't put some of them back. Games like Tales of Symphonia and Sonic Adventure 2 Battle use multiple slots (or blocks) when separate save files are made (instead of storing them in the same savefile), so when I try to import them into a raw image in the Dolphin Memory Card Manager, I get a "Memcard already has a save for this title" message. At first I was confused, but then I read this on GCN Memcard Recover Wiibrew page: "Games that have multiple slots but don't have a slot identifier in the comment section will all be restored with the same filename. This includes "Animal Crossing", so if e.g. multiple "Animal Crossing" save files are restored from the memory card, they will all have the same name, so you can't restore them to the same card. This will be fixed in a future version."

Well, I can't say that it was ever fixed in a future version, so upon reading that I decided to see if I could import the GCI into HXD and edit the game names into something like GALE01 .SuperSmashBros0110290334_02, but I am aware that there is something about naming file names that has to do with the block number that they were saved to, but I am not 100% sure. Does anybody know how I can rename all of these savefiles to go into a .raw file? Would I have to use HXD and if so how? I've never really used it before.

Can someone help me here, please?

Some help would be much appreciated.. 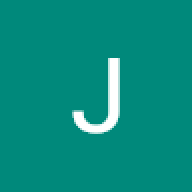 Did you ever figure it out? I've spent all day on forums to no avail.