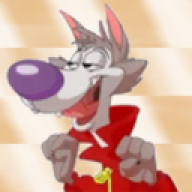 I have a DVD drive from my Wii. Wii runs fine without it thankfully, USB loading Wii games.. but I want to disc load gamecube games.

Drive mounts discs (watched it) but the disc won't spin. Here is a horrible shot of the drive, it seems to be a desirable and easy to mod drive? Early model Wii here I think.

Where can I get a replacement drive? Is it possible? Can a broken gamecube help?

EDIT: You know the two connections you have to disconnect to remove the drive from the rest of the Wii? I broke the latch while trying to fix the above problem then had to pin that cable down with a ring you'd use to hold your keys. Suddenly now after taking my Wii apart and breaking it further, it's now playing Gamecube discs. I have to go to bed now and I'll take pictures in the morning. My Wii is laying out, gutted mind you. But it's running! And all VCs are no longer blacking out as well as homebrew, after a timed period it was happening by the way. Start a VC, so far into playing it would black out. Usually after Nintendo logos.

That's a D2 drive, I can't see which version, but it should be able to read backups. Install the recommend cMIOS and use the latest neogamma beta from here:
http://gbatemp.net/t219243-neogamma-r9-beta-test

I've already previously attempted that. With much open testing (Wii running while gutted out) I've determined and done some things.

After removing the two cables many times and putting them back, I found out that securing the one that clamps down again seemed to have fixed the problem.
My Wii began to play Gamecube games for a while. Factory games that is, Zelda Four Swords and Super Smash Bros. The clamp then broke off of the drive.. so after much finagling, I have come to a horrible solution. You know the thing you keep your keys on or that you attach more of them to add things like lights and ornaments to your keyring? Those little rings? I opened one up, threaded the band into it half way and placed the band on the connectors, then slid the ring up until it was around the board and the band, clamping it down. This caused it to function again.

I have, since my first time trying cMIOS as a solution, installed a fresh MIOS. So I started a fresh venture for a cMIOS and with much trial and error came to some success.

Now, by this time I forget but I think I'm using the latest cMIOS on MIOS 10.. while most guides recommend v4 or v5 I think? I'm quite unsure WHAT MIOS my cMIOS is based on but it seems to work. I believe v4, v5, and v8 do not. I am not sure what my MIOS is patched to do except read DVD-R, allow disk swapping, and run from Wii loaders. I'm still unsure that all of that has to do with the MIOS, some of that might have been things some of my loaders do. I'm tired from two days of doing many things apart from just Wii work!

Either way, my current loader with the SECOND most success is rungcloader. I think? I'm unsure what it is. It has a green theme and it says it's version 2.0, it asks me to pick a video mode. It ran Paper Mario TTYD from a DVD-R, which I burnt twice. One disk at max and the other at 4x, 4x ran. My FIRST most successful, by first I mean most, is the System Menu.. using priiloader to set the System Menu IOS to 249 and patching everything to region free, I'll explain the last part in a moment.

In the time of trying different loaders, cMIOSes, and games.. I noticed that sometimes the drive wasn't spinning up. I can watch the discs spin as the Wii is now, open. I then began to experience hit or miss loading! I would put in Paper Mario and that last gamecube loader I referenced to would see it, then ask what video mode I wanted or to use the reloader. Not much more than that. Neogamma never responded.

Now, why am I using region free? Well I found out it supports disc swapping when I tried action replay 1.14, apparently a PAL or region-changed copy of it. When I ran it with rungcbackup (That's the name of it!) it started doing the PAL on NTSC thing. Gray and scrolling, but I deciphered it and tried PAL60 and NTSC. The best I could get was gray non-scrolling with NTSC.

So I tried System Menu with cIOS 249 through priiloader, cMIOS based on MIOS10 (I think.), priiloader hack region free EVERYTHING. This recognized my factory pressed gamecube discs and Paper Mario as well as Action Replay. Action replay came up in beautiful full color and I used it's built in cheats for my factory pressed Zelda Four Swords disc!

So then I entered a bunch of codes from gscentral for Paper Mario, which I burnt to a DVD-R and ran previously with rungcbackup.
Action Replay wouldn't disc swap.. then I noticed it just wasn't spinning. It was the hit or miss experience with the drive. It just doesn't want to spin up every time and for the LIFE OF ME I cannot figure it out! (At this point I'm sure most of you would say to move on, get another drive or Wii.. but there has to be someone out there as hard headed as me. Surely!)

This is where.. I DID things. Uh oh. Now my case is already destroyed because I've taken my Wii apart four times already for repair, I should have mentioned that right away because it gives you no reason to even mess with me. But let's ignore that. It was working! Then it was patchy. Now it's not working at all.

I constantly checked my connections considering the whole keyring thing.. but I finally managed a way to get the keyring clamp trick to work and set the drive where it should set, making the Wii drive set a bit more like it should and stay firmly connected.

The drive would take in a disc and mount it, the laser would run over it, then it would either decide to spin (and anything would work, factory pressed games or otherwise, from any loader or the system menu) or not spin (causing whatever loader to go No disc or Disc ID error typically.)

This was true for all discs inserted, sorry for being repetitive but I'm making sure you get that. Sadly all discs means factory pressed and non-factory pressed gamecube games. I USB load Wii games, all of my discs are missing at the moment. Factory and non-pressed.

But all of my other things on the Wii work. I can play my VCs (Paper Mario 64 and Zelda OOT/MM), I can play with all of my homebrew (tantric's popular emulator ports, WiiMC, Mplayer CE, and many things like MMM and other system tools.), and I can usb load Wii games.

I just can't get the disc drive to (consistently) read discs. I tried cleaning the lens then realized there are many lenses? I'm drive ignorant and I probably botched the job.

Now THIS is where I did things! I decided I needed to get under the mechanism that pressed the disc down and closes the drive's mouth while pulling the disc in, all in one swoop. That little disc drive magic. All those gears on one side? Yeah, I popped them all out. Those white plastic pieces.

So now I can't get it to take in a disc and I can't bypass it and lie to it, telling it there IS a disc in there. I have no idea how to trigger these signals manually or believe me, I would. I'm prepared to make a top loading Wii if it's possible even though the drive design is telling me it'd be really hard, at least I think.

I don't know about the Wii hardware, I'm just diving into this head-on.

Any advice or comments? I'll take pictures when I can, I'm sick today and the Wii is 90% put together and is playing everything but discs because I broke the part that takes the disc in. I'll lay it back open and take pictures with all the pieces and I have a few other mechanically inclined people coming to help me work with this problem. We'll see what happens..