Makes sense, since the PSP release of God Eater was only released in the West after the updated version came out in Japan. PS4 exclusive? Maybe, depending if they consider SAO a success or not.

Shame we'll never get a Vita release overseas. God Eater was a great game for on the go.

Who knows as this is basically raw info.many games that will never come have trademarks

RevPokemon said:
Who knows as this is basically raw info.many games that will never come have trademarks
Click to expand...

who said it's for certain it's getting released? 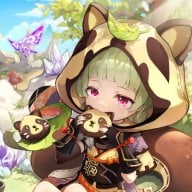 Also doesn't mention PS4 in any place, so it could be Vita or PS4 or both.

prowler said:
who said it's for certain it's getting released?
Click to expand...

I know, I'm just stating don't get your hopes up
W

This is basically the Monster Hunter for PlayStation is it not? It'd be great if it had a PS3-PS4-Vita release so all PlayStation gamers could enjoy it.

Sakitoshi said:
Also doesn't mention PS4 in any place, so it could be Vita or PS4 or both.
Click to expand...

Anyone keeping up with Vita news knows God Eater 2 is a thing and the upcoming expansion Rage Burst is a thing too, getting released for both Vita and PS4.

I am 100% sure this will be released in the West, if it's a PS4 exclusive or not is purely in the air. Sony wants more PS4 exclusives, God Eater 2 is a good exclusive to have for the console.

Edit: And with the recent announcement of Toukiden: Kiwami for PS4/Vita, hunting games home is Playstation (like there was any doubt, Monster Hunter can suck it)
Reactions: Sakitoshi

Sweet, fingers crossed for us release