To be honest I disliked the last Race Driver due to its handling (which is what you get with V8 racers), track design and easiness but there's a lot of people who loved it and they would love to hear that there is gonna be another Race Driver DS game.

"Race Driver: GRID is set to capture every moment from the starting grid to the chequered flag and concentrate those moments into an intense and dramatic race experience.

Says Ralph Fulton, Chief Game Designer. "GRID focuses on everything that happens between the start grid and the chequered flag: the drama, the rivalries, the aggression and the crashes. This is not a game about collecting cars or spending all of your time in the front-end tuning suspension settings or designing liveries. We want to make racing exciting again."

Race Driver: GRID will take players to beautifully realised and dramatic race locations over three continents to compete in an unprecedented variety of racing events. Packed with the most powerful race cars – new and classic, circuit and drift – players will compete to conquer the most prestigious official race tracks and championships and then go beyond to compete in challenging city-based competitions, through to road events and urban street races.

In Europe, race gamers will compete on the greatest official tracks in prestige Marques including Aston Martin, Koenigsegg and Pagani.

Iconic cities across the U.S. – including San Francisco, Washington DC and Detroit and each with their own atmosphere and events – play hosts to diverse street races. Here, high-performance V8 muscle cars set the pace in aggressive closely fought pack competitions.

In the Far East, Japanese racing culture sets the tone where night races, including Drift racing, take drivers through neon illuminated cities and to outlying mountain roads. There is also the opportunity to compete in races that operate on the fringes of legality in the back streets and industrial areas of Yokohama."

Should keep those who loved the first game happy. Its also said to feature an improved graphics, physics and car damage engine. 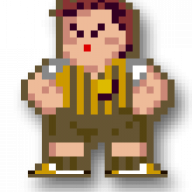 This is not a game about collecting cars or spending all of your time in the front-end tuning suspension settings or designing liveries. We want to make racing exciting again."
Click to expand...

Yet that's what set Create & Race apart from all the other spotty Racing titles on the DS. We don't need another half-ass mobile port.

I enjoyed Create & Race so I'm looking forward to this one.

I just hope it lives up to what he's saying it will.
Z

Hopefully they spend more money on advertisment for this game. The original was nowhere to be seen in game shops unless they had a couple behind the counter.