Hacking R4i-SDHC - game compatibility & is it worth it?

hi forum people, today I've come to you with a question regarding the R4i-SDHC flashcart (the one Modchipcentral sells to be specific http://www.modchipcentral.com/store/R4i-3DS-RTS-USA-CANADA.html
)

basically this is going to (potentially) be my first DSi flashcart and I'm just concerned about a few things before I pull the trigger in a week and a bit...

1. are all DS pokemon titles compatible and stable with this device/firmware/etc? this is the driving (nostalgic) point of this purchase, specifically Soul Silver as the main focus of this question as I've read lots of mishaps regarding its stability so I'm pretty worried that they aren't fully working for this specific clone cart.

2. is it worth the money? (after conversion it'll look to be roughly 40 bucks, may not seem like lots but it is in my world) I've also read posts about the connectors for the cart sometimes having issues and wearing out very quickly and would like to know if this is a common occurrence or what. The biggest problem is I want a cart to indulge my nostalgia weeks ago and next to no places ship cheaply inside the US/Canada (I'm in canada for reference) and even fewer have a record for shipping fast. I was considering a DSTWO but modchipcentral put them up as discontinued plus they were a bit high on the cost due to the current exchange rates.

If you have a better cart to recommend that has a track record of getting to canada quickly and at around the same price as the R4i-SDHC please feel free to post.

and a bonus question (however from what I can grasp of the site's rules it's on the fringe of them, apologies if this isn't the case, as I've read similar unmoderated questions like this one on here though I don't think it should be a problem....)

3. if I'm too impatient to wait, is a RAW .sav (file> export backup memory) from DeSmuME going to play nice with transferring directly onto the DSi so I can pick up where I left off when the cart arrives or am I asking for corrupt data/failure?

again I hope none of these questions directly break any rules (I tried to word things carefully like many unmoderated threads I've read here in the past) and apologize if I've misunderstood them at all.

hopefully can figure out this stuff before I have to pull the trigger :-) 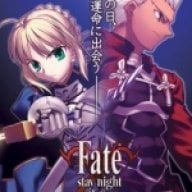 Right now, the 2 DS carts favored by GBAtemp are DSTWO and R4i Gold 3DS RTS (made by www.r4ids.cn). Since DSTWO is discontinued, R4i Gold is the next best thing (and is just as good as the DSTWO minus the NES/GB emulation). Doesn't look like that site has it, but I got mine here:
http://www.modchipsdirect.com/r4i-3ds-r4ds-wood.html
V

my concern though is how fast it'd get here, I don't want to be waiting more than a week-ish to play.

also aren't most R4 clones pretty much the same?

plus there are two other questions up there I'd like answers to so....